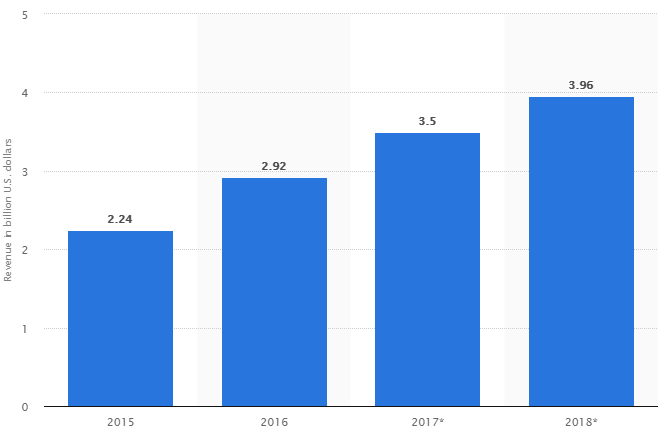 On April 23, 2005, the very first video was uploaded to YouTube. Me at the zoo featured YouTube co-founder, Jawed Karim, casually standing in front of elephants with really, really, really, long trunks at the San Diego Zoo. What was originally conceived to be a dating [1] website has pivoted into a video behemoth. Today, the clip has garnered over 49 million views, and the site itself (purchased by Google for $1.65 billion in 2006) has amassed more than a billion users – almost one-third of the entire internet – across 88 countries and in 76 languages, totaling millions of hours of videos consumed every day. What’s more is YouTube has become a massive player in the advertising landscape and this year is projected to reach 3.96 billion (US) in net revenue[2].

Despite YouTube’s global success, the recent backlash seen from ads appearing along inappropriate and offensive content has put advertisers on edge. While some companies temporarily halted their advertising on YouTube until unsavory content could be removed, other marketers’ responded drastically by boycotting the site until guaranteed safeguards could be implemented. The question is, can those safeguards actually be guaranteed? As recently as last month, CNN reported “over 300 companies and organizations -- including tech giants, major retailers, newspapers and government agencies -- ran [ads] on YouTube channels promoting white nationalists, Nazis, pedophilia, conspiracy theories and North Korean propaganda.” [3]

YouTube has nearly 400 hours of video uploaded every minute, making it an impossible task for a staff of humans alone to review all the new content continuously pumped onto the site. Using a combination of algorithmic detection, user flagging, and human quality-checking to find videos that advertisers would not want their ads to appear. Clearly, the system is not perfect; however, an element of brand-safety does exist. In lieu of the boycotts, Google has overhauled YouTube policies and hired more human moderators to clean up the service, but it’s yet to be seen if that will be enough. Proctor & Gamble, one of the world’s largest advertisers, has only just began ad spending again on the site after nearly a year of protest.

“We now feel the right measures are in place for P&G brands to have the option to advertise on YouTube."- P&G spokesperson[4]

MayoSeitz Media’s stance on YouTube advertising has not waivered. The site is both an affordable alternative and a complement to television advertising. YouTube offers a breadth of targeting options to refine audience reach. In addition to language, location, and demographic targeting, YouTube also offers the ability to target based on user interests; habits; active in-market categories; certain keyword relevance; specific content or “topics”; on select YouTube channels; in front of select YouTube videos; and to users who have already been to your site – known as Remarketing.

To be fair, audience targeting alone may not guarantee an individual who checks all the boxes on desired traits does not also watch some questionable or suggestive material, which is, undoubtedly, how some ads have appeared next to bad content in the first place.

To help combat that, marketers also have the ability to set additional, more aggressive content exclusions on top of the site’s Standard Content Filter, which is the default setting when a campaign is created and is the primary tool for opting away from content that you do not want associated with your ads. Based on the subject of content with sensitive social issues, the difference is this:

Excluded by Standard content filter: Videos with incendiary or demeaning points of view on controversial social issues, or promotions of illegal or regulated drugs and weapons

Excluded by additionally selecting this category: The content above plus discussion, news commentary, political discourse, and satirical content about those topics

YouTube also operates on a set of values; values that are based on what they refer to as four essential freedoms[5]

It is perhaps those freedoms, namely the Freedom of Expression that says, “people should be able to speak freely, share opinions, and foster open dialogue” that has positioned YouTube in hot water. YouTube walks a tight line of where they infringe upon this freedom by removing user-uploaded content or blocking fair and equal ad revenue owed to a user such as a controversial figure sharing their beliefs and the like-minded individuals who generate enough views to make the video eligible for ads to appear. Ultimately, if you’re a brand who sells diapers and targeting parents, who’s to say their personal beliefs or interests matter when the ad drives a sale and the goal of the campaign is to drive the company’s bottom line?

To be clear, MayoSeitz would never endorse advertising along insensitive or extremist content. However, if the question is, “Is YouTube’s reward worth the risk?” the answer is most certainly, yes. Leveraging the targeting that is available through the site and taking the time to be smart about the setup of your campaigns can yield huge returns for brand awareness and consideration, and generate web traffic using a compelling call to action – not to mention the insights learned from your video performance. If you have questions about YouTube or are ready to begin advertising on the site, we are here to help.