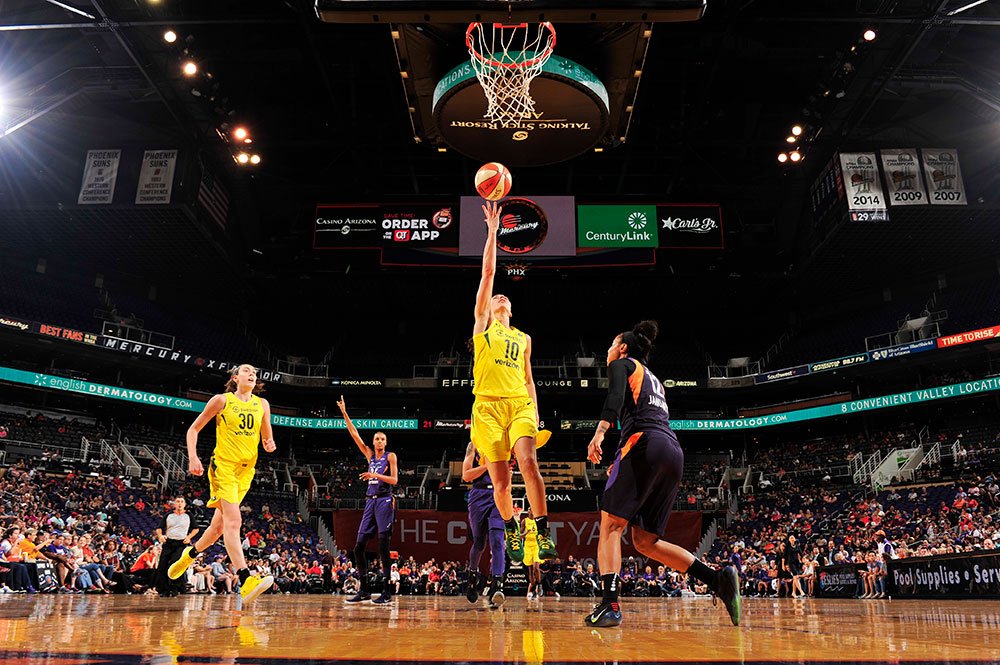 What strong ratings mean for the future of women’s sports on television.

Across premiere television programming, sports continue to dominate. Sports is a top genre with ratings bringing in more viewers and ad revenue than all other types of TV entertainment. High ratings typically come from the NFL, NBA, World Series and the NCAA Men’s Basketball tournament; however, women’s sporting events have recently been growing exponentially in popularity. With boosted ratings, more sponsorships, greater media coverage and increased prize winnings – women’s sports have become a can’t miss opportunity. A 2020 Deloitte report projected that women’s sports would become a $1 billion industry in the coming years, with one of the main drivers being television rights. If history is any indication, that number seems very achievable in this space.

Timing seems to be on the women’s side! With interest growing, the media landscape shifting, and several leagues nearing the end of their current broadcasting deals, there’s plenty of opportunity for the industry to grow even more than it already has. Broadcast deals have recently been announced for women’s college basketball and the national women’s soccer team. For the upcoming seasons, the women’s college basketball title game will be airing on ABC and the NWSL championship is scheduled to run in primetime on CBS. Obviously, the content and audience is there, and ratings have proven that to be true, but this shift to broadcast viewing should propel women’s sports to new heights.

The NCAAW national championship game in March 2022, between South Carolina and UConn, resulted as the most-watched college basketball game, between men’s or women’s, on ESPN since 2008. This game garnered 4.85 million viewers, bringing an 18% increase from the 2021 game and a 30% increase from 2019. In September, ESPN announced that ABC will carry the NCAAW basketball final for the first-time next April.

The WNBA playoffs recently achieved the highest viewership mark in 20 years, with a post season draw of 439,000 viewers through 19 games - making it the most-watched WNBA playoff game since 2002. Ratings are up by 39% compared to last year and prior to that, the 2021 regular season saw a 49% increase in viewership, YOY. Right now, the WNBA is more available than ever to viewers, but with that comes fragmentation – as games air on ABC, ESPN, CBS, NBA TV, Amazon Prime Video, Facebook Watch and Twitter.

A shift in focus toward women’s leagues is evident across all sporting categories. The USGA announced they would nearly double the LPGA’s overall purse from $5.5 million in 2021 to $10 million this year, making it the largest purse on the women’s tour. Tennis has always been comparable in terms of attention and compensation between genders. With Serena Williams’ strong fandom, the 2022 U.S Open was dominated by her - as she played the final tournament of her career! The National Women’s Soccer league has also been generating a ton of interest for many years, with the US National Women’s team winning the last two World Cups. The 2019 title game on Fox averaged 14.3 million viewers, a 22% increase from the Men’s Final in 2018.

Advertisers must continue to evolve and navigate the changing video ecosystem – especially as viewership trends shift towards women’s sports. The proof is in the boosted ratings over the recent years, and there is strong value in the households that consume this content. As you plan your high-profile programming strategies for years to come, you will notice a change from “Why not women’s sports?” to “You must have women’s sports!”.