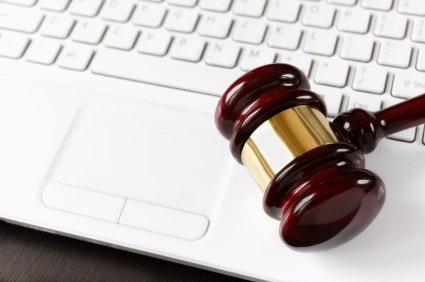 On Tuesday, a federal appeals court rejected FCC rules from 2010 which were meant to protect the openness of the Internet and treat all web traffic equally. These rules were supported most strongly by Internet companies, who feared that carriers would start charging for certain information carried on their networks if rules were not in place. But what does this court ruling mean to the typical Internet user? The legislation passed may change the ways Internet service business models are structured in the future, which may affect the availability and cost of web services.

Before looking closer at this week's ruling, it's important to understand the legislation which was already in place. The Open Internet regulations were adopted 4 years ago with the goal of ensuring that broadband service providers preserve open access to the Internet. CNET outlined the three main rules at the heart of the regulation:

1) Broadband providers, whether fixed-line providers or wireless operators, are open and transparent to their customers and to the services using their networks about how they manage congestion on the systems.

2) Broadband operators are prohibited from blocking lawful content on their networks. Fixed-broadband providers, such as cable operators and DSL providers, have abided by a more stringent set of rules in this regard, while wireless operators adhered to a less strict version of the rules.

3) Fixed-broadband providers are prohibited from "unreasonable" discrimination against traffic on their networks.

After these rules were agreed upon, Verizon Communications challenged them in court. They argued that the FCC had overstepped its authority and that the rules contradicted First Amendment rights. Verizon and other Internet service providers (ISPs) believed they should be allowed to set up and charge for specialized services, such as offering content creators the ability to transfer their content at higher speeds for higher costs. The FCC argued back that such offerings could leave only the richest companies having access to consumers, hindering small startups and assisting conglomerates.

The decision on Tuesday found that the FCC was in the right to regulate broadband access, however they based their 2010 Internet neutrality regulation on a law which does not apply to broadband providers, and so it was overturned. According to CNET, because the FCC classified broadband providers differently than it classified telecommunications providers, it cannot use statutes that pertain to telecommunications services as a basis for regulation on broadband services.

So what happens now?

The FCC may appeal the court's decision or take another option such as attempting to rewrite its rules. Whatever their path, their goal is to ensure the networks on which the Internet depends will operate openly. Supporters of Internet neutrality principles fear that the ruling may have negative impacts on consumers. The LA Times reported on the real possibilities which could stem from this decision: "Telecom companies could let big Internet companies with deep pockets pay for fast lanes on the Internet and pass those costs on to their customers, while other online companies are stuck at slower speeds. Or they could block access to certain apps or Web services that compete with their own. Or they could levy extra charges on consumers who spend more time streaming or downloading big files over the Internet."

Practically, the ruling means your Internet provider could charge more for access to high-bandwith websites like YouTube or Netflix. It also means innovation could be suppressed because startups can't afford to compete, and fewer new and unique services will be available. On the positive side, high-bandwith services such as Netflix could become more reliable for consumers who are willing to pay for better service. Either way, the ruling is likely to eventually impact consumers.

In spite of their filing and the ruling, Verizon announced that they continue to support an open internet: "Today's decision will not change consumer's ability to access and use the Internet as they do now. The court's decision will allow more room for innovation, and consumers will have more choices to determine for themselves how they access and experience the Internet."

Other ISPs have also weighed in on the subject. Comcast also supports Net neutrality principles, and is obligated to follow the Open Internet rules until 2018 as part of their acquisition of NBC Universal in 2011. In contrast, AT&T recently released a new plan option called "Sponsored Data" which would require high-volume content providers like Netflix to pay more to allow AT&T customers to stream video to their smartphones without exceeding data limits. AT&T believes their plan does not violate the previous Net neutrality regulation.

Consumers will not be immediately impacted by the court's ruling. The decision allows for several different paths of action, many of which could impact the way Internet users consume and pay for their Internet access. In the meantime, Internet neutrality will continue to be debated by politicians, ISPs, content providers, and Internet users. We'll be listening.