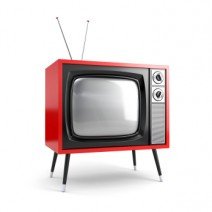 The Nielsen Company announced last week that TV ownership in all American households has declined from 98.9% to 96.7%, a drop of 2.2%. This is the first decline of TV ownership in 20 years. While TV ownership is still virtually universal and the majority of households are multiple TV owners, there are a few theories as to why there has been this decline. Obviously the underlying issues are to understand why a drop off is occurring and if this decrease in ownership indicates a decline in the effectiveness of TV as a medium.Here are the three major theories and we believe each may have a role in the decline:

The last time that TV ownership fell was in 1992, the time of another serious recession. But as the economy improved in the mid 90’s, and TV ownership rebounded accordingly.

According to Phillip Swann, creator of the TV tech site TVPredictions.com, he believes the drop is largely attributable to the after-effects of the digital transition when the US broadcasting system switched from analog to digital. This made sets without cable TV or a converter box obsolete. This may have had a modest one-time impact on TV ownership.

This reason is an interesting one with marketing implications. It is surmised that “cord cutters” are young adults who’ve grown up with laptops, and more recently iPads and hand held devices, are they opting not to buy TV sets when they graduate from college and/or enter the work world. These young adults merely exist on a video diet of movies and TV shows from the Internet. Since Netflix streams to virtually all devices, and Hulu can help provide tons of content, the need for TV ownership is not as great.

The last reason is the most interesting to marketers because, while they may no longer be TV households, they may in fact be large video consumers. According to eMarketer, Feb 2011, roughly half of all Americans (158 million) now watch online video of some kind at least once a month, and it is projected that number will approach 200 million by 2015.

Since marketers often view trends among younger demographics as leading indicators of broader consumer behavior, it will be interesting to see whether this the beginning of a deeper trend or merely a short term blip. As always, time will tell.

We’re curious about what our friends in the media think. Let us know.