Last week, Google held the sixth-annual Google I/O, their yearly developer conference. While the conversation is geared towards developers, Google uses the conference as an opportunity to display, discuss, and announce some of their latest and greatest offerings. For example, last year's conference discussed Google Glass, announced the latest version of Android (Google's mobile operating system) as well as a Chrome browser app for Android, and revealed their latest tablet, the Nexus 7. This year's conference also included a variety of announcements: 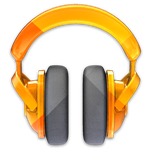 Google Play Music has expanded to include an 'All Access' streaming feature to compete with the likes of Pandora and Spotify. While the basic Google Music app is free, for $9.99/mo users will receive expanded access to streaming music in the form of radio algorithms and playlists. It will include common features, like a 'thumbs up/thumbs down' rating system, as well as more innovative features, like 'Explore' which allows users to browse and listen to curated genre and subgenre category stations.

Google+ has been completely redesigned, offering a new overall interface, new chat features, and a major focus on photos. The new interface is noticeable when logging on to Google+, vaguely resembling Pinterest with its columns of information blocks. The emphasis on photos is noticeable here, as they are displayed larger and in more prominent positions. A wide variety of photo-editing services have been added, and Google can now even auto-hashtag your photos. This means that Google can automatically identify the Eiffel Tower in your pictures from France, tag those pictures with #EiffelTower for searching/sharing, and offer up more related photos of the landmark. 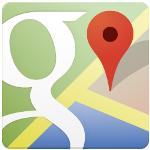 Google Maps also received a complete overhaul, creating a map experience which is more engrossing and social. Maps will now be full-screen, with the search box living inside the map. Information about locations on the map will now live on 'cards', Google's name for interactive information widgets. In addition to directions and general location information, the cards will also include social results like reviews from friends. A 3D view will also be available without the need for any additional software or plugins, unlike Google's previous 3D experience on Google Earth. A new feature called Photosphere was also added, allowing users to upload their own images of a location to create a user-generated street view. 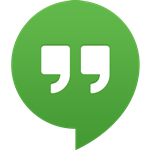 Google Hangout, previously a video chat service within Google+, now encompasses all of Google's communication tools including Google Talk. Positioned as a universal messaging client, Hangout is available through browsers and dedicated apps on Android and iOS. It offers a new design to emphasize crisp photos, detailed conversation histories, and universal notification clearing- so a notification you clear on your desktop will automatically be cleared on your mobile devices.

Google CEO Larry Page ended the keynote with a brief speech on big ideas in tech and allowed 30 minutes for Q&A. Absent from this year's presentation was an updated version of Android, an update on Google Glass, and any new hardware announcements- all of which had been rumored leading up to the event. While the Android platform is growing rapidly (900 million activations to date!), time will tell whether 'All Access' Music, a redesigned Google+, and new messaging client will be successful too.