Snapchat is a simple social app which allows users to send photos, called Snaps, and short videos to friends. The catch is the photo or video is only available to the recipient for a short period of time - up to 10 seconds.

1.  Open the app and instantly take a photo or video
2.  Draw or type a message on the photo (optional)
3.  Select recipients and send your message

That's it! Unlike other popular photo/video apps like Instagram, Snapchat does not offer filters or ways to edit images. The app's goal is to allow users to share "authentic moments." It does however allow users to add a line of text over an image, or draw directly on the image. Snapchat also lets users create Storylines, or groups of photos and videos which can be viewed for 24 hours. 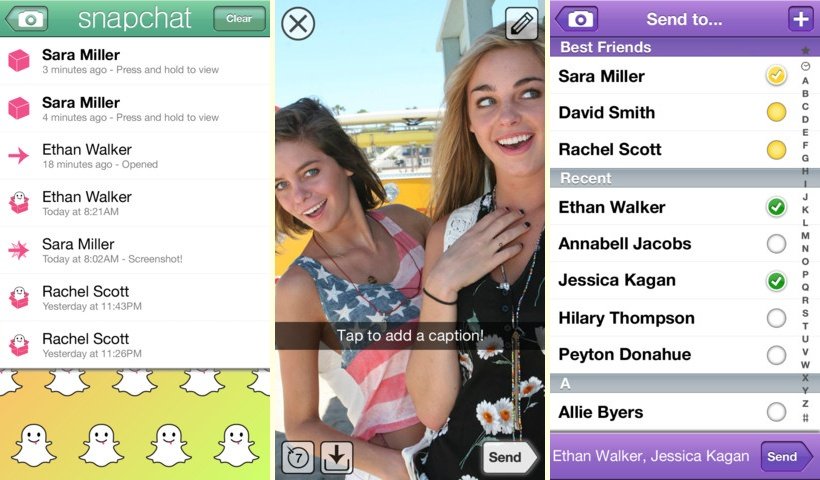 Currently, there are no paid advertising opportunities on Snapchat. Some brands, including Acura, Taco Bell, and MTV have used Snaps and videos through Snapchat to send exclusive content to dedicated fans. For example, Acura tweeted about a Snapchat account which provided the first 100 followers with a six-second video clip of a new prototype car driving around a track.

Snapchat was recently in the news when it was announced that its creator, 23-year-old Evan Spiegel, turned down a $3 billion cash offer from Facebook to buy the company. Why would a company with no revenue stream turn down that offer? Likely because they are interested in even more money, as some investors believe the app could be worth as much as $4 billion. Facebook's interest in the company stems from its recent trouble engaging and retaining its teen audience, which have been spending less time on the major social network in favor of niche services like Snapchat.

Whether or not Snapchat is worth $4 billion is debatable, but the app has proven steady growth in 2013. In June, Snapchat reported that its users uploaded 200 million Snaps daily. In September that number had grown to 350 million daily, and is now over 400 million. That number beats Facebook which sees around 350 million photos uploaded per day, even though Facebook has a significantly larger audience. The exact number of Snapchat users is still unknown, though TechCrunch conducted a detailed analysis to find some answers.

While Snapchat's numbers continue to grow, it will remain an important player in the social space and one which brands will begin to analyze and test more frequently.