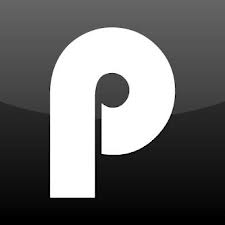 It's been reported by many sources that teens are tired of Facebook, but what social networks are they shifting towards? Services like photo-sharing app Instagram and real-time conversation app Snapchat are taking more of their time, but many are also hopping to emerging social network Pheed. The service describes itself as a free social media platform which "enables users to share all forms of digital content including text, photo, audio, video and live broadcasts."

Pheed gained over one million visits shortly after launching in October of 2012 and the app has recently gained traction. It spent a week in late February in the #1 spot of the iTunes App Store's free social media app category. The social network is known for its array of celebrity users including Miley Cyrus, Paris Hilton, and Mike Tyson. These and other celebrities are attracting their fans to Pheed from their existing profiles on Facebook and Twitter.

The majority of Pheed's functionality is not new. Users can share text like on Twitter, photos like on Instagram, and video like on YouTube. Pheed is attempting to differentiate itself by combining all of these forms of content and more on one network. Like the other networks, Pheed enables users to like, dislike, and bookmark content created and shared by other users. It is unique in that it also allows users to directly comment on any of the content on the site. Pheed is also unique in its introduction of a pay structure. According to Pheed: "Users have the option to share for free or at a premium, either by applying a monthly subscription fee to their content, or setting up a pay-per-view live broadcast event. In both cases, the user selects his/her own pricing and earns directly."

Is Pheed the real deal? At the moment it is expanding at a fast pace, but time will tell if this jack-of-all-trades network has what it takes to remain popular in the cluttered social landscape.