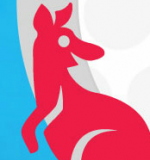 Auto Hop is a new Dish Network feature imbedded in their DVRs which allows viewers to avoid watching commercials on most prime-time network shows.

What’s the big deal, you may ask? DVRs are not new and VCRs have existed since the 70s. Didn’t the consumer already have the ability to fast forward through commercials of recorded shows? And even before these technologies, wasn’t the well-timed kitchen or bathroom break during the commercials the original “commercial avoidance methodology”?

But this is far different... and perhaps more worrisome for advertisers because with this feature, viewers do not fast forward through the commercials. They press a button and they simply don’t appear.

DVRs are now present in almost half of U.S. households and are widely accepted. The ad industry, advertisers, and media have come to cope and thrive in a DVR world. Truth is many consumers still watch the ads; many fast forward but stop and watch some of the ads, and even for those who fast forward there is some retention of content for those ads which are recognized. In any event, the advertising world has come to adjust and cope with the DVR reality.

The Auto Hop feature eliminates commercials on recorded network shows with one button, no fast forwarding required. Interestingly this feature works on only “broadcast” programming, not cable network programming.

Dish Network, with 14 Million subscribers, is now touting this feature in their advertising, and to no surprise broadcast networks are not accepting this advertising.

Beyond the rhetoric of claims and counter claims, ligation has now begun. Fox, CBS and NBCUniversal have each separately sued Echostar Communications, parent of Dish Network.

“We were given no choice but to file suit against one of our largest distributors, Dish Network, because of their surprising move to market a product with the clear goal of violating copyrights and destroying the underpinnings of the broadcast-television ecosystem”, said Fox in a statement. Their argument is that it a copyright infringement to allow the recording, saving and airing of content without the commercials. Dish has filed a suit of their own asking for a judgment on the questions regarding their Auto Hop feature and whether the devices infringes on the copyrights.

Given that Dish Network’s 14 Million Households represents only 12% of the broadcast homes and only about ½ of them have DVRs, the impact is only about 6% of TV Households. In addition, viewers can’t actually skip the commercial until the next day with the technology. However, the 4 broadcast networks are understandably out front of the mega-issue about the elimination of sponsored content.

What’s interesting to us is that the technology to eliminate commercials has been available for more than 10 years, but no distributor has offered this feature to viewers until now. What’s also interesting is that Dish Network is choosing to create an adversarial relationship with the networks, with which they negotiate the rights to rebroadcast their programming. As a result, Dish may find itself unable to renew those rebroadcast deals when their deals need to be renewed.

In the end, broadcasters and advertisers see this feature as an attack on the traditional business model. “How does Charlie Ergen (Dish Network President & CEO) expect me to produce CSI without commercials?” asked Les Moonves, CEO of CBS Corporation recently at their upfront presentation.