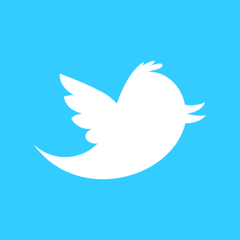 Twitter is a major hub for social activity with over 200 million active users, but still has fairly limited advertising opportunities. The company currently offers variations of promoted tweets, trends, and accounts. Innovations in the Twitter advertising space are starting to emerge, with three new opportunities related to television, video, and lead generation.

Multi-screen behavior is now the norm, and a huge number of Twitter users are active on the social network while watching everything from primetime dramas to sporting events. The New York Times reports that the new offering from Twitter aims to capitalize on that activity by allowing advertisers to send ads to people who are watching specific programming. Brands will be able to match ads with viewer commentary on Twitter, then send messages to select users who have already seen their ad on television.

Twitter has previously partnered with brands to show videos in their tweets, including ESPN, Ford, and Coke Zero. The program is being expanded and is now dubbed Twitter Amplify. The new opportunity will offer more video clips to users, accompanied by short ads. The videos are able to be timed to pair with television commercials, further joining the TV/Twitter relationship. Brands already taking advantage of the new service include A&E, Discovery, and Major League Baseball.

Twitter recently took to their blog to announce the launch of lead generation cards on the network. Twitter knows that lead generation is a key goal for many advertisers, and developed a new expanded tweet tool to offer this capability. Users are able to share their email address with a business without leaving Twitter or having to fill out a long form. Twitter describes the opportunity:

When someone expands your Tweet, they see a description of the offer and a call to action. Their name, @username, and email address are already pre-filled within the Card. The user simply clicks a button to send this information directly (and securely) to you. 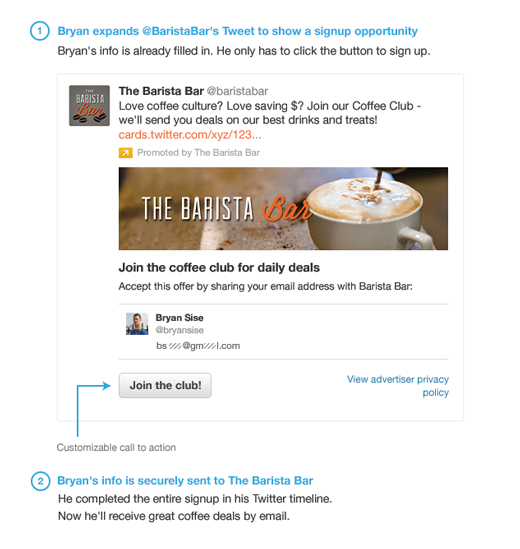 Twitter continues to record growth and heightened use. Thanks to these new tools, advertisers are able to better utilize the social network whether they are looking to supplement a national television buy or are a small local business looking to grow a mailing list.