Social media rules the world. We're posting, tweeting, snapping, and all the above to our friends and family. This marketplace has been a key targeting engine for brands to reach the right audience. Since 2017, Facebook and Instagram (owned by Facebook) have dominated the conversation and ad spending among its counterparts. Both Snapchat and Twitter rank among the lowest platforms in terms of ad spending allocation Worldwide. 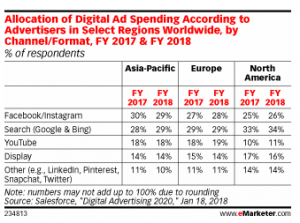 After Facebook's recent announcement of pushing more community posts over brand content left outlets who rely on traffic and revenue from the publisher scrambling, Twitter saw an opportunity. Their new ad platform may help fill some of the void left by Facebook. The new opportunity will align advertisers with appropriate publishers to reach the desired audience.

Twitter does not enter the conversation often when brands and marketers want to promote their message or product via social media. However, Twitter has seen a steady increase of their ad revenue since 2014 and projects to see a 20% increase in 2018.  Perhaps some of their projected increase is due to their latest ad platform offering. The company announced this week they’re offering brands the chance to Sponsor Moments.

If you surf your Twitter feed, you probably have clicked the ‘Moments’ tab once or twice. This tab enables users to stitch together several tweets into a slideshow-like story. The company launched this page to help keep users engaged with the happenings of the world, in real-time, without having to follow hundreds of accounts or closely monitor the trending topics.

The first Sponsored Moment launched publicly this week with sponsored coverage of Davos from Bank of America. This fit seamlessly into Bloomberg’s coverage of the global event. Twitter said this isn’t the first sponsored Moment they’ve done with brands, but it’s the first public one. They’ve tested the feature with several select partners prior to Bloomberg’s launch this week.

In a Moment, publishers can build a story through a series of tweets, GIFs, photos, and short videos that all circle back to editorial content. The end goal for this platform is to connect brands one-on-one with content in a customized fashion. With video being a major piece of any moment, a Sponsored Moment could shift US marketers planning and spending habits. The latest survey from eMarketer shows a 25% increase in marketers who plan to increase spending on video ads on Twitter in the next 12 months. 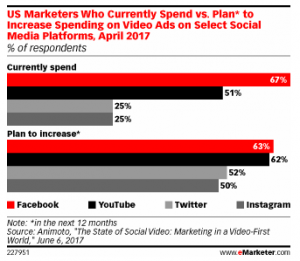 TechCrunch also reported after Twitter announced its latest offering, the social platform plans to open Sponsored Moments to outlets like TV networks and digital publishers with significant audiences. This will allow those networks and publishers to target their key audience through plenty of engagement opportunities.

There aren’t many details on how much a Sponsored Moment will cost, but key factors vary depending on the client, event, industry or audience, and the revenue share will also be customized to the deal at hand.

The Sponsored Moment won’t allow Twitter to usurp Facebook/Instagram, but it could help Twitter breakthrough as a force in social-media ad dollars and make brand/marketers rethink their budget mix.