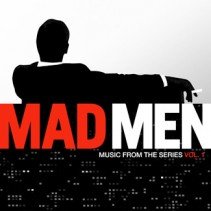 We are proud to be Med(ia) Men & Ladies. We are also fans of the series Mad Men (AMC, Sundays at 10p) and we like how it captures the flavor of the advertising business in the 60s. It is an excellent, albeit a bit dramatic, portrayal of the “golden era” of adverting industry, and a whole lot more realistic than  Darren Stevens and Betwitched.

The sexism of the 60s era in the ad business was real. The over inflated egos were also real. Smoking, drinking, carousing. Check, check and double check. However, interestingly, the role of the media planner/buyer is not highlighted in the show. But, this is appropriately so. This era was one where media was more of a “back of the house” function – that sure has changed.

A career in media was different in the 60s—the media options were far fewer, and the plans far simpler and easier to execute. Many who entered the industry through the media department saw it merely as a stepping stone to account management.  The agency stars of the era were the senior management execs and creative types. But “entertainment” was a key part of the media world even then. According to the “Taste of a Decade” the Mad Men of the era led the way in restaurant entertainment:

When the IRS cracks down on expense accounts in 1958 by requiring detailed proof of expenses, membership in The Diners’ Club rises sharply. In NYC, advertising executives make up the largest category of members, followed by people in the TV industry.

Fast forward to today and many of the industry stars are now media leaders, and rightfully so, since the media is now as important (and sometimes even more important) than the message. Much has changed in the past 50 years. While obviously that could be said of virtually any industry, the supposed “glamour” of the ad world has been usurped by technology, recession and a changing world. But we’re glad to have Mad Men to remind us of how it used to be.