The MSM Media Monitor reported on ad blocking and its threat to the media industry in August of 2015.  Since then, ad blocking has continued to grow as a problem for brands and publishers alike. Although it was initially a concern for advertisers looking to reach consumers on desktop browsers, ad blocking has now become a popular trend with mobile devices as well. Fortune recently reported on data from PageFair, the industry leading anti-adblocking authority and solutions provider. The mobile ad blocking population has grown by 90% since 2015. In the United States, 2.3 million people have downloaded mobile ad blocking software for their browsers. As the use of ad blocking heavily increases, brands will face new challenges in reaching their target consumers on digital platforms. 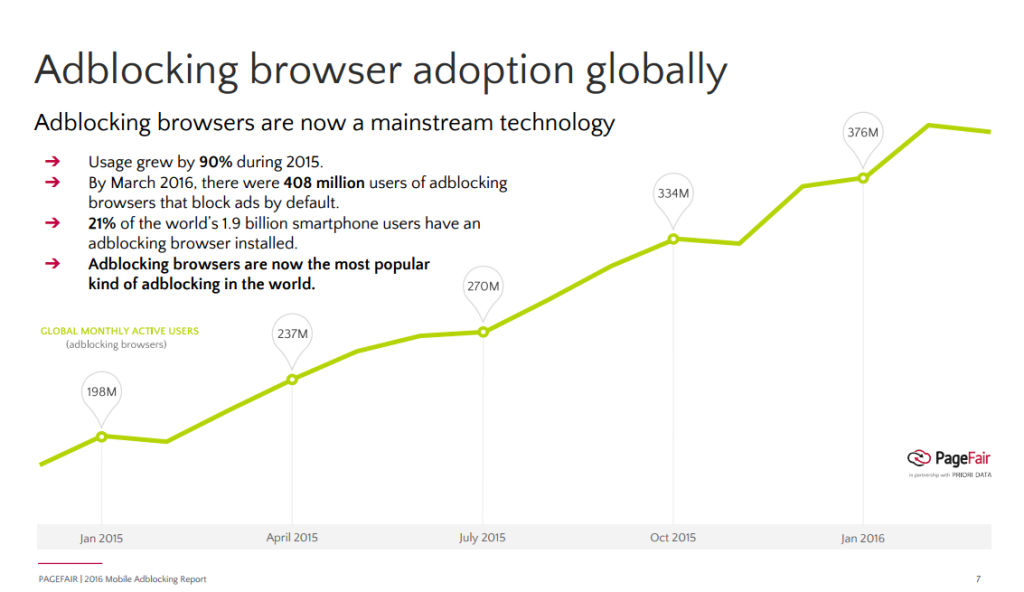 Ad blocking has forced advertisers and media professionals to think strategically about the types of ads they create and where they place them. To learn more about consumers’ frustrations with advertising, HubSpot ran a study on 1,055 people living in the United States, Germany, the UK and France. The chart below illustrates which ads people dislike the most, with digital pop-ups leading the survey at 73%. 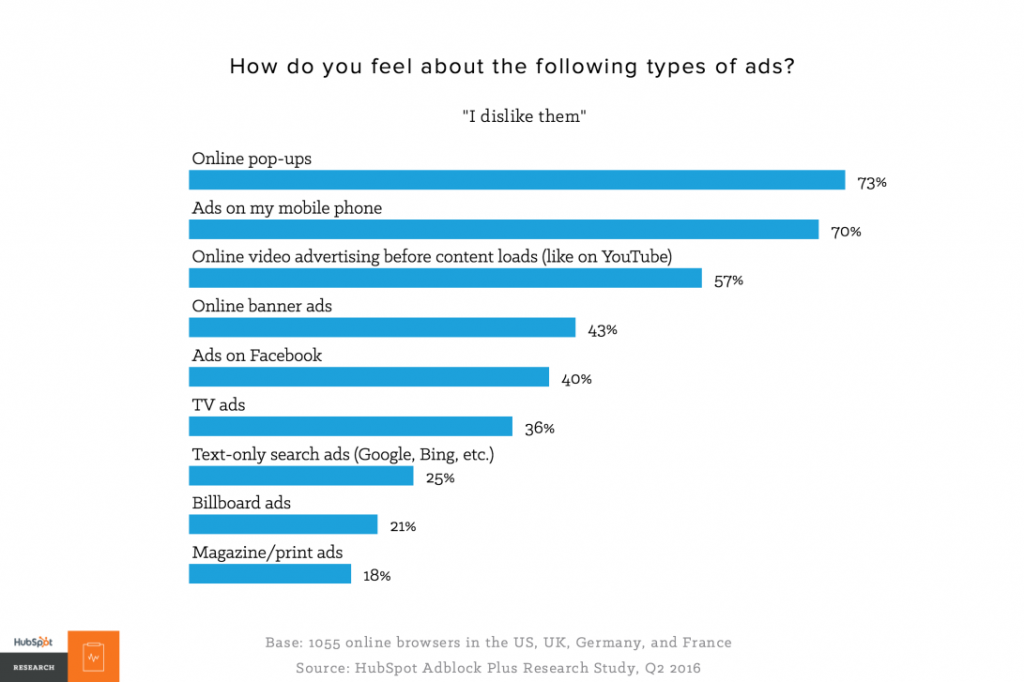 When taking a deeper look at mobile, 83% of respondents said they would prefer having the option to disable ads on their phone or tablet. The chart below indicates which mobile ads consumers find the most annoying.  Respondents of the HubSpot study reported the ads that pop over the entire screen to be the most irritating (73%), followed by ads that use retargeting technology (65%).  Overall, the study found people tend to use ad blockers because they view advertisements as annoying and intrusive (64%), disruptive (54%), a security concern (39%) and a negative effect on load time and bandwidth usage (36%). 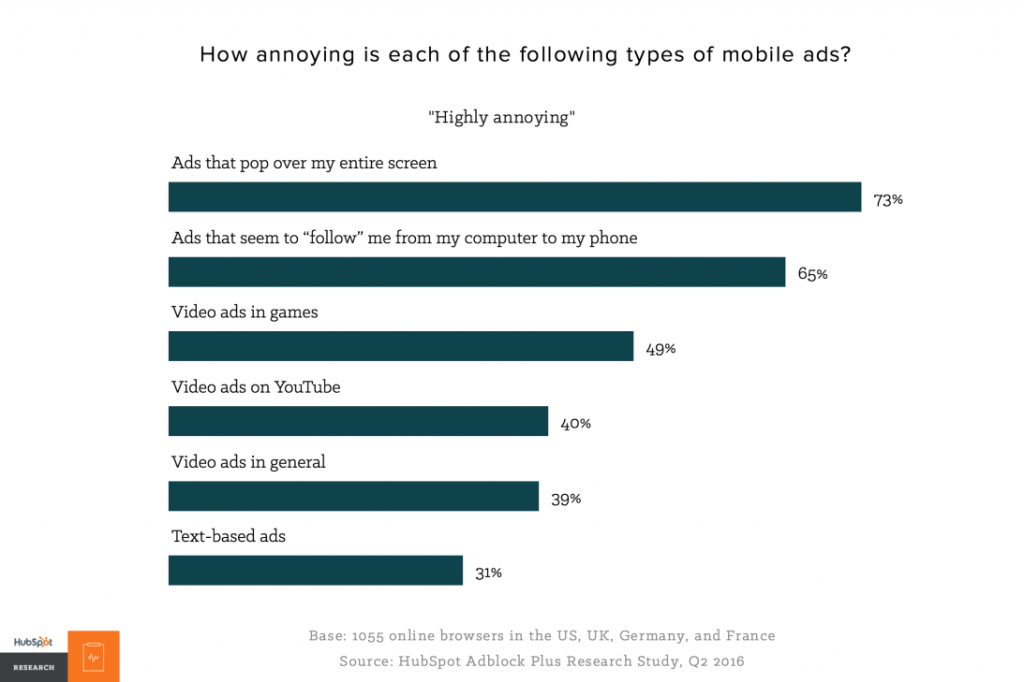 While advertisers work to reach consumers in less intrusive ways, publishers are testing their own creativity with new strategies that are just that. Publishers such as the New York Times and The Guardian now send witty pop up messages to people visiting their sites who are using ad blockers. The pop up messages tell users how ad blocking hurts them and why advertising is a crucial part of their business. Publishers are hoping this type of direct communication with readers will help them see a different perspective. The Financial Times took an even more creative approach by releasing newspaper articles with words missing. The words missing are meant to symbolize the proportion of advertising revenue that helps support the journalism business.  The Financial Times hopes this visual representation will effectively show readers the important role advertising plays in producing quality journalism on a daily basis.

The digital age has made it easy for advertisers to reach consumers 24/7 on various digital devices and forms of media.  Although this opens the door for great opportunities within the marketplace, it also has the ability to leave consumers overwhelmed by the abundance of advertisements they constantly see.  As brands strive to reach their target audiences, advertisers and media professionals must keep in mind the importance of recommending a smart media mix, balancing both traditional and non-traditional elements.