Earlier this month, Nielsen released their yearly Social Media Report which is packed with important research and findings from the social space. The study answers questions about the continued growth of social media, how consumer use of social media is evolving, and how social media is impacting marketing. We found three key takeaways from the research:

1) Social Networking is All About Mobile 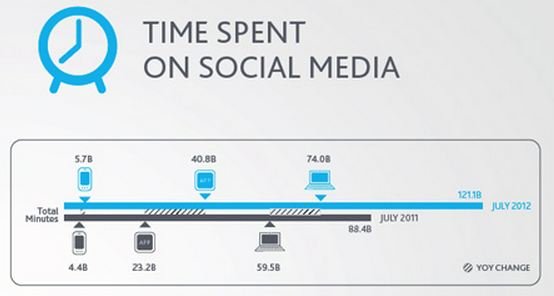 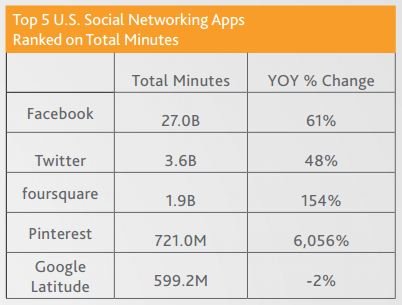 Users are spending more time than ever with social media, and the focus in 2012 was on mobile. While mobile web use of social media increased slightly year over year, the real winners were social apps. The study found that app usage now accounts for more than a third of social networking time, increasing time spent with social apps by 76% over 2011. While Facebook's app was the clear leader in total minutes spent on an app, newer social network Pinterest made a strong showing in 2012.

Social care, or customer service via social media, is key in an age where customers are choosing when and where to voice their questions, comments, and complaints. Nielsen found that nearly half of U.S. consumers reach out directly to brands and service providers to voice their satisfaction and complaints, or simply to ask questions. They also found that one in three social media users prefer to use social media rather than the phone for customer service issues. 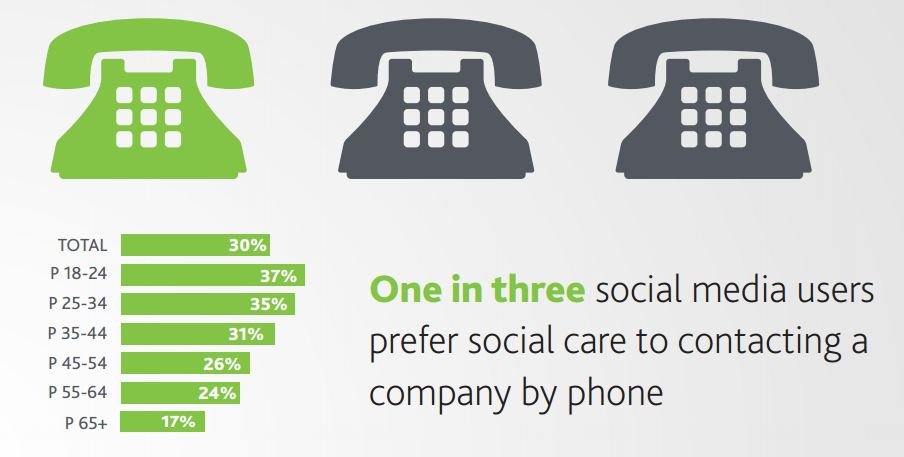 3) Consumer Attitudes Toward Advertising on Social Media Are Still Evolving

Nielsen found that roughly one-third of social media users find ads on social networking sites to be more annoying than other types of internet advertising. While this may be the case, there are also opportunities for marketers to engage with their social media followers in positive ways. The study also revealed that more than a quarter of social media users say they are more likely to pay attention to an ad shared by one of their social connections. As social platforms including Facebook continue to develop more social ad opportunities like Sponsored Stories, marketers will be able to interact with their fans in more beneficial ways. 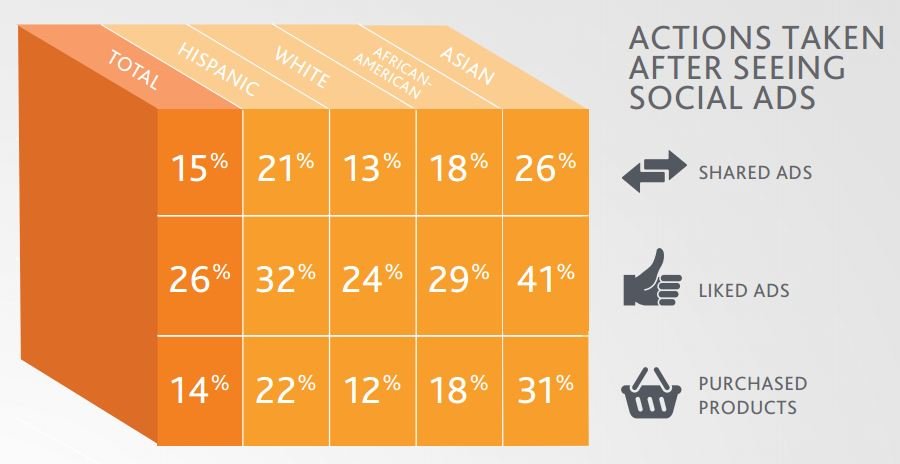