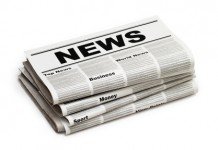 Many business conversations in years gone by began with a reference to an article in a major local newspaper, their “paper of record”.  But in today’s media world, the source of information is far less often a newspaper article and more often digital communications that provide instantaneous information.

This is the reality that the newspaper industry has been trying to cope with for years. Are newspapers almost obsolete?  Is there a place for them in today’s changing information world? There had been hope that an economic rebound might help the industry. However, there is no end in sight for the decline, and recent industry revenue data reinforces this shift. Revenue results from the 1st Quarter of 2011 from the Newspaper Association of America show a decline for the newspaper industry while there is a general recovery in ad spending for other media.

Total print advertising revenues fell 9.5% from $5.25 billion in the first quarter of 2010 to $4.75 billion in the first quarter of 2011, according to the NAA -- the lowest first-quarter revenue figure since 1983. Revenue has now declined 55% from 2006, when total first-quarter print revenues were $10.5 billion. This decline continues a 5-year skid of quarterly declines, 20 consecutive quarters. And these declines were experienced in all main categories—national advertising, retail, and classified.

The sole piece of good news was that online ad revenues increased 10.6% from $730.4 million to $807.9 million, representing 14.5% of total industry advertising revenues. But this increase was not significant enough to offset the overall revenue decline of 7%.

Interestingly, newspapers still continue to be an effective medium in targeting an affluent and growing segment of the population. The 55+ audience, whose print readership habits were formed years ago, still remain as active newspaper readers.  There are still many categories—financial services, wireless communications, retail, healthcare, and others where the medium is still well suited to deliver the audience that key advertisers seek. However, the declining readership among a younger demographic (35 and below) paints a bleak picture for the long term.

Newspapers that provide an in depth view of news and articles of interest will manage their decline far better than those that merely provide syndicated articles of yesterday’s news. However, the industry still faces the difficult challenge in providing the resources necessary to provide that in-depth analysis in the face of a shrinking revenue base. Regardless the long term picture remains bleak and is reinforced by the comments of Arthur Sulzberger Jr., Publisher of the New York Times, who commented:

“We Will Stop Printing the New York Times Sometime In the Future, date TBD”.

As revenues and circulation continue to decline quarter by quarter, the pressure mounts for major papers struggling to survive. Changing technology is not a friend to all industry and though information gathering is certainly enhanced by the digital world we live in, the future for “analog” printed newspapers seems bleak.