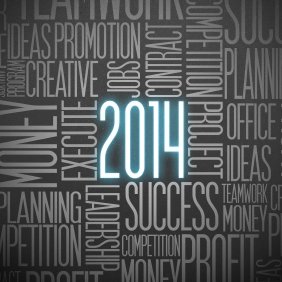 Happy New Year! To celebrate, we're taking a look back at our most-read posts of 2013. Popular topics included blogging site Tumblr, demographics on Millennials and Zero-TV households, as well as looks at some of the most innovative advertising campaigns of the past year.

Recently, two efforts from British Airways and Macy’s have made us take note of the amazing (some would say creepy) advertising opportunities stemming from new technology. Check out a billboard which responds to air traffic, and customized mobile alerts delivered while you shop!

4) The Truth About Zero-TV Households

This year, the trend of streaming video grew more than ever before. Nielsen’s yearly Cross-Platform Report details these habits, and in 2013 focused especially on zero-TV households. Defined as homes which no longer watch traditional television offered by cable or satellite providers, zero-TV households make up 5% of the population and that number projected to grow.

In 2013, many advertisers merged technology with their marketing campaigns to create unique and engaging placements. Dunkin Donuts created transit ads you could smell, while Coca Cola and McDonald's used common items like reflective tape and vending machines to create new experiences. We're excited to see what these brands and others have in store for 2014!

2) Inside the Heads of Today's Millennials

Millennials are adults aged approximately 18 - 30 years old. Pew Internet defines them as confident, self-expressive, liberal, upbeat, and open to change. In 2013, we took a closer look at the complexities of this generation, and reviewed how marketers can best connect with this connected generation.

1) What is Tumblr, and How Can it be Used for Marketing?

You may have heard of Tumblr or seen someone scrolling through their dashboard, but what is it exactly? How is it different from all the other social networks? Maybe most importantly, how can it be used for marketing? Our post from early 2013 reviews the blogging platform and social networking website. At the time of writing this post, Tumblr did not offer paid advertising opportunities. Over the year, they developed multiple opportunities which advertisers have slowly begun to implement. More information can be found in our recent post, New Ads for Tumblr and Google+, as well as on Tumblr's Business page.