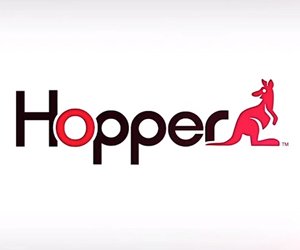 In May the Dish Network announced its Auto Hopper feature allowing viewers to eliminate commercials on broadcast network shows. Monitor readers may recall that we looked into this issue in the May 30 MayoSeitz Media Monitor, What is Auto Hop and Should Advertisers Be Worried.

Since then the Dish Network, which has 14Million subscribers, has been aggressively promoting its Hopper promoting its ad skipping feature. This feature goes beyond fast forwarding, an ability any DVR enabled consumer has. With AutoHopper, consumers can choose to eliminate commercials on prime-time broadcast programming. Interestingly the Dish Network’s promotional ads in media other than TV directly promote its ad skipping.

From the beginning, the reaction from broadcast networks was swift with legal action taken by CBS, FOX, ABC and NBCUniversal.

The stakes now appear to be getting higher. Recently Les Moonves, CBS CEO, lashed out against Dish Network “Hopper can not exist. If Hopper exists, we will not be in business with Dish. We will not be on Dish”. His rationale was that media companies can not spend million of dollars producing programming and then allow Dish to eliminate commercials, the primary source of revenue.

In a high stakes, business game of “chicken” Dish lashed back. “They would be well advised to tune in to the consumer. Give the consumer a better experience and everybody win”, said Dish CEO Joe Clayton “Obviously we were surprised, especially since this is a feature consumers have been using since the invention of the remote control”, Clayton added.

If CBS removes its programming from Dish, this would be a serious setback for both Dish, its 14Million subscribers, as well as CBS. In the end it could be a lose-lose for both parties.

As a media agency, we sympathize with the broadcast networks which provide programming that carry commercials, which are important vehicles for our clients. On the other hand, we appreciate that technology changes at warp speed and the technological ability to eliminate commercials has arrived. Our hope is that a compromise can be reached because there are often no winners when you play “chicken”.