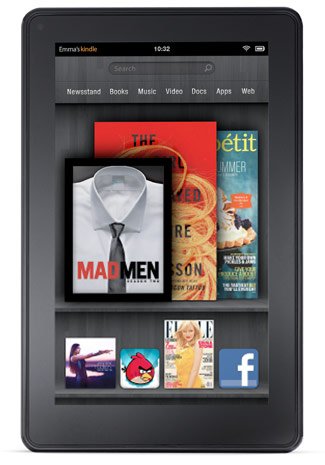 The iPad was introduced by Apple in early 2010 and since then, other manufacturers have followed suit. Nonetheless, Apple has continued to dominate the initial wave of the growing tablet segment. Given the introduction last week of Amazon’s new Kindle Fire, it seemed like a good time to look at the success of tablets to date with an eye to the future.

The macro picture is that tablets are not merely a novelty fad item as some suggested when they were first introduced. They already have a place in the digital information and entertainment market with a 10% share of the U.S. online population, and a 22% penetration of households with $100,000+ incomes according to a recent study. Apple dominates the tablet market, having sold almost 30 million iPads, which accounts for almost 75% of total sales. Furthermore, roughly 20% of consumers 18-54 with online access state they intend to purchase a tablet in the next 12 months, with even higher purchase intent (29%) in affluent, $100,000+ annual income households.

By definition the tablet is a hybrid product - not a PC replacement, not a smartphone, not merely an eReader, instead it incorporates some of the functionalities of all three. Innovators and early adopters were quick to purchase the iPad. The pricing however, started at $499 which seemed high enough to limit category growth.

The newest addition to the market may change that.  Amazon’s Kindle Fire, launched on September 28, and is priced at $199. It will ship beginning on November 15th, and runs off of the Android operating system. Android tablet sales have been weak to date, but Amazon’s brand name, aggressive pricing and their own app store may make the Kindle Fire the mega Holiday present of 2011. It may also re-kindle the Android segment of the market; while at the same time it may kill off many of the smaller tablets using the same operating system. But given the dramatic growth of Android smartphones, the familiarity with the Android OS will be a plus. We think Amazon’s incursion into this segment is very prudent, and Forrester Research predicts sales of 3 million for the Kindle Fire by the end of the year.

On a local basis the Philadelphia Media Network (Inquirer/Daily News/philly.com) is promoting the sale of ARNOVA tablets which also use the Android system.  They are priced for as little as $99 for those willing to subscribe to digital issues of The Philadelphia Inquirer, Daily News and philly.com. It’s an interesting promotion and whether it ultimately succeeds or not, we give them credit for trying to retain their declining subscriber base and attract new users by shifting them to the growing tablet market.

It’s fair to say that the tablet business has quickly become significant, and Amazon’s entry will further boost this growing industry. Furthermore, tablet owners have a higher propensity to purchase retail items online, impacting big box retail sales.  Ironically, those same retailers will push tablet sales as one of the more popular holiday gifts of the upcoming season. Big box retailers have a reason to feel conflicted about their growth. The growth of the Amazon app store preloaded on the Kindle Fire further exacerbates the issue.

Nothing stays the same for very long. The increasingly popular phrase: “The past is not a predictor of future performance” – is more accurate than ever before. Clearly the same is true in technology and marketing. Stay tuned.