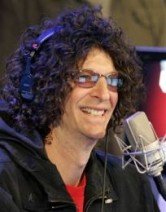 After weeks of speculation, Howard Stern, “The King of All Media”, signed on for another 5 years with Sirius/XM radio.  For those of us who are listeners, this is a good day.  For many others who are not Satellite subscribers, it’s relatively inconsequential.

We can’t say we’re surprised that he re-upped.   5 years ago when Stern first signed with Sirius (at an estimated $100 million/year) it seemed like an absurd amount of money, but it did provide Sirius with the foundation to remain a viable media entity.  His signing jump-started satellite subscriptions at a time when Sirius (and XM) desperately needed to grow their subscriber bases – before the auto business really kicked in.  Now there are roughly 20 million total satellite subscribers, and the forecast is for continued growth.

Stern’s value hasn’t so much been in advertising revenues, which have been modest at best (considering the lack of big-name sponsors).  But doing some math tells a different story:  20,000,000 subs x $12-13/month fee = $3 Billion in subscriber revenue between Sirius and XM.  While we don’t know what it takes to run these services, there is no denying that Stern’s signing 5 years ago was instrumental in this relative success.  Maybe a better barometer is the value of Sirius stock.  It’s certainly been up and down, and in the few years the stock had been valued almost as a penny stock. Today it is trading @ $1.40.  While it’s not a home run by any means, the company’s financial status has certainly seemed to become more stable.   Sirius/XM doesn’t seem to be going away any time soon.

So back to Howard, what were his options really, other than to re-sign?  He said this morning that he really did want to continue doing the show, and the idea of sitting at home doing nothing wasn’t going to work.   There were some recent rumors about his potential involvement in an Apple/Itunes show venture, but having this as his only forum didn’t really seem to fit his style.   Going back to terrestrial radio was an idea that has been floated over the years, but could he ever really do that now?

So Howard is back for 5 more years.   In the next couple of weeks the rest of the show will be re-signed also.  Seems like a good day to us.

Baba Booey and Happy New Year to everyone.