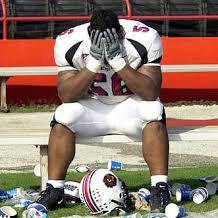 The talk of the Super Bowl is often the big budget advertisers who shell out millions of dollars for seconds of time during the game. These brands are often confident in their focus on the widest reach and the biggest trending topics, but is this the smartest strategy? A great post by Jack Holt on Medium explains how brands are missing the untapped potential of unique interests.

The article, "Are Super Bowl Sunday Commercials Mishandling Millions in Advertising Revenue?," makes its point by providing a simple example of using unique interests for media planning and buying:

"Take a quick look at your brand’s under-engaged audience. You know they’re real people and not fake or dormant accounts. They’ve also shown some interest — they’re just not brand advocates yet. This is where unique interests really provide their value.

Instead of concentrating a large chunk of your advertising budget on major media outlets, like industry-leading TV and news broadcasters, a targeted effort to unique interest segments can be very effective."

"For example, if you didn't know Broncos fans loved Deadspin, you might be tempted to go with CNN Breaking News for its 15 million Twitter followers. But you’d be missing out on a huge opportunity. Although Deadspin holds claim to just under 600,000 Twitter followers, the media outlet ranks #16 in media for Broncos fans. For a major brand looking to reach a concentration of brand fans, which is the better bet: 600,000 users you know love the content, or the possibility of 15 million unqualified users from a major outlet?"

By identifying an audience's unique interests, smart media selections can be made. But how can this be accomplished? Jack outlines four key steps, using @BudLight's Twitter account as an example:

#1 Extract a sample set of your followers

Seek a sample set of your followers, generally those with a lot of followers and influence. Look for the last 500 engagements between users and the brand, and include these users in a list or formula.

#2 Find the unique interest common denominators of this list

Twitter calls this list a user’s “friends list,” but every platform has a way to access a user’s group of recent engagements, be it an “interest” or a “circle.” Look into the common interests of the last five users who engaged with your brand.

#4 Choose your benchmark to compare against

For this example, we’ll use overall number of monthly active Twitter users, which is about 240 million people. @BarackObama is followed by about 17 percent of Twitter’s monthly active users to your fictional 8 percent — a pretty good difference, right? But Johnny Manziel is followed by about .003 percent of all Twitter users and 8 percent of yours. Bingo: That’s a unique and underrepresented interest of @BudLight fans.

The moral of the story: The particular interests of your unique target audience represent a key opportunity. Capturing these users at pivotal times (say for instance, during a major football game) will allow you to grow an interested and engaged audience.