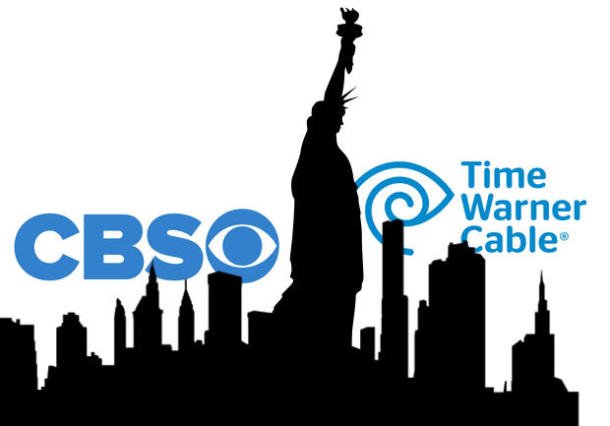 The difference of a dollar was felt by millions.

When CBS Corporation asked Time Warner Cable to up its subscription payout from $1 to $2, TWC yanked the conglomerate’s networks off the air, including CBS, Showtime, and The CW.

The dispute lasted from August 2nd to September 2nd. Both sides did their best to keep the conflict private, but the mudslinging was inevitable. CBS ultimately got what they wanted. The details of the settlement were not disclosed, but most agree that CBS walked away victorious. Only minor concessions were made to Time Warner Cable.

Why did this happen?

Television companies generate from their revenue from two places: advertisements and subscription fees. These fees are negotiated by each individual network and cable provider. Contracts usually last less than 10 years. Often when the contract expires, the network feels it has added value to its channels, so it requests more money. CBS was no exception.

Since its last contract with Time Warner Cable, CBS’ main network has improved its ratings and programming. The NFL on CBS somehow continues to gain popularity. Shows like Big Bang Theory, NCIS, Survivor, and Two and a Half Men each regularly pull in more than 10 million viewers, with some averaging 20 million. Even critically-received shows like Under the Dome are near the 10 million mark. Meanwhile Showtime and The CW boast Dexter, Homeland, and several other popular series.

CBS is also benefiting from the struggle of its competitors in primetime. NBC’s trouble creating strong programming is well publicized (take your pick). Fox and ABC each have their staples, but not nearly as many as CBS.

So CBS had the upper hand against Time Warner. And by a long shot. Time Warner stayed its ground as long as possible, but the negotiating power of the looming NFL season forced TWC to settle. Additionally the relationships between cable providers and customers versus television channels and their fans were illuminated. CBS fans rallied behind their channel and went so far as to sue Time Warner Cable.

What does it mean?

Networks are doing their best to hold on to their profits. In a world dominated by digitally provided media and piracy, analysts are questioning the posterity of basic cable. Consumers are buying cable packages less and less, since cable prices and digital availability are increasing. Ironically, CBS’ “victory” won’t help the situation here.

Also, there may be legal changes coming in the future. Some experts suggest that Time Warner used this holdout to exhibit issues in the FCC’s retransmission laws, or lack of negotiation regulations. In fact, TWC asked Congress to vote on the subject but nothing came of it for now.

With several other similar disputes on the horizon like ABC/Disney against the ad-skipping Dish, this victory for CBS may temporarily put other TV companies in the driver’s seat. Networks will likely get the money they want out of cable providers. However, law changes in the future could tilt the scales in the providers’ favor. Will this affect cable prices and the number of subscriptions? Will more channels be going black on major providers? Time – and money – will tell.