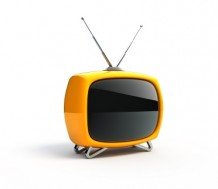 The question of the day is whether TV continues to an effective medium in reaching a younger viewing audience.

First of all, despite rapidly changing overall media habits, TV was, is, and continues to be a dominant and powerful medium to communicate with audiences, large and small, young and old. So despite the significant shifts, its power remains. However TV has changed, and “As The World Turns” (alas R.I.P)  its audiences are far different than in the past.

What’s changed is the aging of the median TV viewer, and this change is dramatic. The average viewer for ABC, NBC, CBS, FOX is now 51 years of age, the age where advertisers of yesteryear would lose interest. But what’s also changed is that the American population has also aged with the median age in the U.S. population now being 38 years of age compared to 33 just 20 years ago. Blame increased longevity and aging baby boomers for this phenomenon. As a result, the dominant historical TV buying 18-49 demo has morphed into 25-54 demo (can 35-64 be far behind?)

The aging of the TV audience is not necessarily a bad thing. The old paradigm of “get ‘em while they’re young” and hold onto the customer for life might have been a smart marketing strategy in the past, but is far less relevant today. In today’s world, for most products and services, loyalty is preempted by the both the deal du jour and new technology which makes old products and services fade away at a dizzying rate. What that means is that it’s best to target today’s customer, not one 10 years younger than the median age. Furthermore, while brand loyalty is eroding in all age groups, there’s a bit more brand “stickiness” among an older demographic than younger ones. This makes TV a particularly attractive medium to reach a “middle aged” audience, particularly one with disposable dollars.

By the way, this doesn’t mean that younger audiences are not valuable to many marketers as they powerful purchasers of some products and services. And there are certainly niche cable networks--MTV, Comedy Central, E! Entertainment--that deliver a younger demographic. But the days of using TV to reach mass younger audiences have passed.

TV is changing—in programming, means of delivery, who watches and how and when they watch (and on what device). Smart marketers are those that throw out the old rules and use TV and every media to its best use in today’s world.