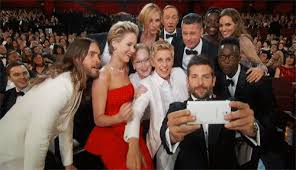 For the millions who watched the Academy Awards on ABC this past Sunday it was an ad fest, just south of the Super Bowl. It was complete with a pre-game (“Red Carpet”) and hours of programming laden with commercial breaks, and the most re-tweets of all time from the celebrity selfie.

It was pricey at $1.8 Million per :30, roughly half the Super Bowl rate, and approximately 9% more costly than 2013’s broadcast. And like the Super Bowl, watching it live is critical. Major advertisers were there aplenty including J.C. Penny, McDonald’s Lipton and Pepsi which introduced its new 7.5 ounce mini-cans. For some advertisers the Academy Awards is a better buy than the Super Bowl, particularly those targeting women. The Academy Awards audience is far more female, and upscale, with more than 60% of its roughly 40 Million viewers female, making it an ideal buy for national brands looking to target this important demographic.

And the broadcast is still a “water cooler” event with lots of day after chatter. Arguments about the winners and losers fuel the discussion as well as chatter about garb, music, and clever (or bizarre) speeches.

The show was a clearly ratings winner as well.  More than 40 Million viewers watched, which was an increase of 6%  vs. 2013. The viewing audience was the largest in the past 10 years and the audience share of 41% was phenomenal. In today’s fragmented media world, there are fewer truly mega events guaranteed to deliver massive viewers to commercials which are carefully crafted for the big event.

The Super Bowl delivers. So too does the Academy Awards.