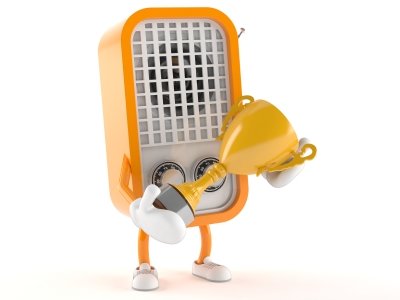 On July 1, 1987, almost twenty-five years ago, WFAN began broadcasting at 1050 on the AM dial in New York, replacing WHN, a country music station. While sports radio stations now pepper the AM (and now FM and satellite) dial, a sports talk format was hardly a slam-dunk ratings winner in that era.

In 1988 the station moved from the weaker 1050 frequency to its current location, 50,000 watt 660AM where it has broadcast since. Early on, Don Imus was hired as the station’s morning show host and in 1989 WFAN began its popular afternoon drive program, Mike & the Mad Dog, featuring Mike Francesa and Chris Russo. Imus departed in 2007 in controversy (later replaced by Boomer Esiason & Craig Carton) and Russo left for SiriusXM Radio in 2008 leaving Francesa to do the WFAN afternoon show solo. Still, WFAN, owned by CBS Radio since 1997, has been the sports radio leader in New York and a national local radio billings leader as it approaches its 25th anniversary.

ESPN meanwhile has been broadcasting its sports radio format in New York since 2001, ironically on WFAN’s original weaker frequency, 1050 AM. ESPN's format has included its popular nationally syndicated, Mike & Mike, in the mornings and a combination of syndicated and local programming, and sports broadcasts, during the balance of the day. However, ESPN has dramatically lagged WFAN in the M25-54 New York ratings over this period.

That all may have changed on Monday April 30.

ESPN has now begun simulcasting its broadcasts in New York at 98.7 FM, previously R&B formatted KISS, in addition to the 1050 AM signal. This fall, the 1050 AM station will begin to broadcast Spanish language ESPN Deportes to the large Hispanic New York population. ESPN had long been seeking an FM station to broadcast its sports programming for several years, and through a unique agreement with Emmis Communications (ironically WFAN’s original owner) ESPN will rent the station for $8+Million annually, and may have an option to acquire it as well.

Furthermore, Yankees and Mets baseball rights, currently owned by CBS Radio’s WCBS and WFAN respectively, will be up for grabs after the 2012 (Yankees) and 2013 seasons (Mets). With a stronger frequency, ESPN is expected to aggressively participate for the rights to broadcast one of New York's major league baseball teams.

Will WFAN continue to dominate NY sports radio ratings? Perhaps. But ESPN New York-98.7 undoubtedly will grab higher ratings, and a chunk of those listeners will come from WFAN.  The bidding war for baseball rights also lies ahead. It’ll be interesting to watch.