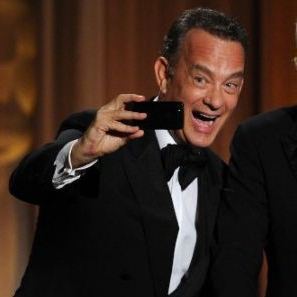 The prestigious Oxford Dictionary chose "selfie" as its word of the year for 2013, and for good reason. Selfies, or pictures of oneself taken with a smartphone, skyrocketed in popularity this year. While the trend started with teens, now celebrities like Tom Hanks and politicians including President Obama have been seen taking part. The trend was recently further analyzed in Pew Internet's photo and video study, Creators, Curators, Instagram, and Snapchat.

Posting original photos and videos has increased significantly from 2012, and currently half of internet users post original photos online. Unsurprisingly, that percentage increases to 75% for the young adult demographic. With technological advances in smartphones and social media, video is now easier than ever to capture and share. As a result, a quarter of internet users now post original videos online. Combined, 54% of internet users are online "creators"- defined by Pew as those who post photos or videos online which they have taken themselves. Their study found that those under 30 are particularly likely to be creators, and women are more likely to be creators than men.

These habits have led to an increase in "curators", or those who share video or photos found elsewhere on the internet. Pew found increased social sharing among internet users in 2013 as well, defining 47% of internet users as curators. Two social networks benefiting from the uptick in creators and curators are Instagram and Snapchat, both focused on simple ways to share images and videos on mobile devices. Pew analyzed mobile usage of these two social networks for the first time in this report, noting that among smartphone owners 12% use Snapchat and 28% use Instagram. Mirroring the overall photo-sharing results, both social networks were used most frequently by those aged 18-29.

This emphasis on image and video sharing has caused social networks to take notice and start focusing their revenue streams on this activity. Instagram recently rolled out its first photo advertising opportunity to mixed reactions, driving 36k likes along with hundreds of comments from enraged users who did not want to see advertising in their feeds. Facebook is looking to place an increased emphasis on video by launching an in-stream video ad program. These ads will auto-play as they come into view on both desktop and mobile feeds, but the audio will not begin until a user interacts with the video. These ads will not come cheap, with MediaPost reporting the campaigns will carry a price tag of over $1 Million.

Advertisers can use this data as a reminder to continue including videos and photos in digital content and advertisements, and ensure that they are engaging and easily shareable. Social media users already have a propensity for creating their own content, which may be further encouraged through contests or other user-generated content creation strategies. If relevant, create branded properties on visual social media channels like Instagram to boost exposure and shares. Don't be left out of the picture!