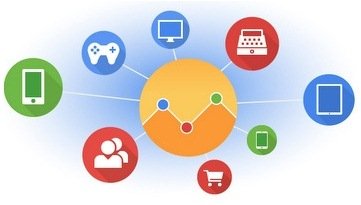 Big data has become an increasingly popular buzzword- and for good reason. Companies are able to collect vast amounts of data on their customers and prospects, and with new analytics tools they are able to use this information to their advantage. When the data is analyzed in new, detailed ways, it may reveal new insights that can predict future behavior. Eric Siegel recently said of predictive analytics, "These predictions are derived from existing data, almost as if creating new information out of thin air. Examples include Hewlett-Packard inferring an employee's intent to resign, or law enforcement in Oregon and Pennsylvania foretelling a convict's future repeat offense."

You have likely seen a basic form of predictive analytics in action on Google search, where the website is often able to instantly predict your entire search query from a few initial characters. In a truer form, you may have heard the now classic example where a teen's pregnancy was revealed after her parents received baby-related coupons in the mail based on her shopping habits. Google is currently looking to expand their capabilities in predictive search so their products can function as a personal assistant. The NYTimes reports that with this technology on a smartphone, Google could provide an alert that you need to leave early for your next meeting because of traffic, even though you never told your phone you had a meeting, or where it was.

Mashable recently reported on inference advertising, a type of advertising derived from predictive analytics, which can target ads using a smartphone's geo-location and social media history. Thanks to data mining, mobile ads can then be served which may know what you want even before you do. Some companies are already testing this technology: "A recent campaign for Nike's new Carmelo Anthony shoe, for example, targeted those who followed New York Knicks players on Twitter or whose smartphones were GPS-tracked on hiking trails, running trails or tennis courts within the last month. When users in Manhattan were within 100 steps of a Foot Locker or Nike store, a shoe-shaped ad directed them to nearest locations of both of those stores."

Inference advertising raises privacy concerns in the same way as retargeting. Many users feel uncomfortable knowing they are being tracked and analyzed, even if the ads provided are more relevant to their preferences. Companies like UberMedia who are running inference advertising campaigns ensure users opt-in to the service to alleviate these concerns. With the continued prevalence of mobile and social media use, inference advertising could be an ideal way to use these platforms to provide a higher quality of targeted ad placements.