Finding the best ways to communicate with a target audience is a constant challenge for advertisers. Recent innovations in location-based targeting have enabled local businesses to better promote their offerings to their local audience which matters most. Now, national advertisers are attempting to build new strategies to offset fragmentation and compete with small businesses for a share of local media. 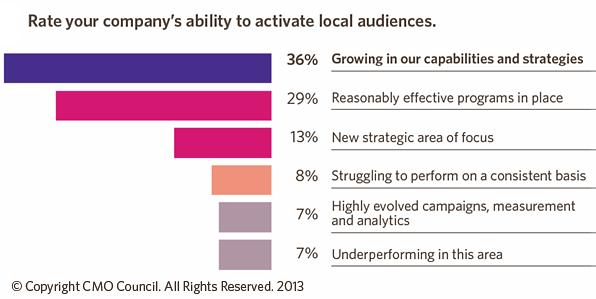 Several national companies have already begun building more localized campaigns to create an illusion of saturation on a local scale. According to Mediapost:

This competitive advantage is a key driver for national brands to seek a larger local presence.  Brands are finding that digital media provides a great opportunity to reach local markets with unique messaging. This strategy can also account for some of the effects of the average consumer’s trend toward becoming increasingly screen agnostic with shorter and shorter attention spans. eMarketer states:

“Consumers’ attention is more divided than ever as media multitasking becomes the norm. Formerly linear consumption activity, defined by appointments with specific media, is now a tangle of simultaneous activities, some related, some not. TV remains at the center of this multitasking, but more often than not, there is another screen more directly in front of the viewer.” 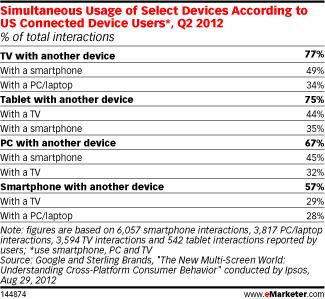 Advertisers are taking note of this behavior, which is reflected in major spending increases for online and mobile advertising. Mediapost sourced data from BIA/Kelsey which found that mobile local media advertising is poised to soar in the next four years, projected to achieve a sevenfold rise by 2017, growing to $9.1 billion in 2017 from $1.2 billion in 2012.

The local advertising battlefield will continue to be highly competitive and fragmented, requiring advertisers to be more creative and highly relevant with online and mobile placements. To win, brands need to be willing to engage in “test and learn” scenarios on new and existing digital platforms. The results from trial opportunities can be used to optimize campaigns moving forward. Don’t be left behind.