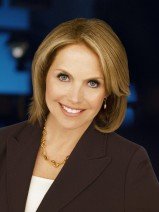 We are in the final days of Katie Couric as the anchor of the 3rd place CBS Evening News. Her departure is not fully set yet, so it’s not a total certainty, merely a virtual one. What is certain is that her contract ends in June and CBS will surely not renew it at the current rate of compensation which is reported to be $15 million annually.  Interestingly, her compensation is higher than that of her more highly-rated competitors, Diane Sawyer of ABC ($12 million) and Brian Williams of ratings leader NBC ($10 million), making her viewer CPM far greater than her counterparts.

Was Katie Couric a disappointment as a network news anchor, or merely a victim of sitting in the seat when traditional network evening news receded rapidly? The answer is a little of both. When Katie Couric came to CBS in 2006 she brought with her the notoriety and success she had achieved at NBC’s Today Show. She inherited a news broadcast that was the 3rd  highest rated among the network news, a shadow of its formerly powerful self in the 60’s and 70’s when Walter Cronkite, an American icon, was the anchor.

Alas, network news, like the old grey mare, “ain’t what she used to be”. The collective ratings of the CBS/NBC/ABC evening news have plummeted. Ratings are less than 50% of those achieved 30 years ago. However, Couric has not rejuvenated CBS News since she joined CBS in 2006. Bob Schieffer, who had been the CBS Evening News interim anchor prior to Couric, had far greater viewership than Couric now generates. CBS would have gladly settled for increasing its share of a declining pie, but that has not been the case.

So the past 4 ½ years have been one of mutual co-existence between CBS and its highly paid anchor. Neither party can be too happy. Her salary aside, Couric’s “America’s Sweetheart” persona has been tarnished, and on the other hand, CBS was clearly hoping for more ratings firepower from Couric, whose awareness dwarfed her rival anchors.

The reality is that the position of network news anchor is less important than in yesteryear, a fact that holds true in all TV dayparts. The same could be said for late night TV as well. While there is no “replacement” named for Couric as yet (since her departure has not yet been finalized) the reported favorite is 60 Minutes reporter Scott Pelley, a 20+ year CBS veteran. Pelley might be a solid choice but has far less awareness and will face an uphill struggle to improve the CBS Evening News ratings position. One could even question whether becoming the CBS Evening News Anchor would be a “promotion” from the more highly rated 60 Minutes. In any event, he would be a far more economical choice than Couric as the days of the mega contract have come to a close. Les Moonves, CBS President & CEO, commented that Couric’s $15 million contact “will be the last big deal of that kind ever done. Those days are over”.

What’s next for Couric? The future is unclear, although she is reportedly considering creating her own syndicated talk show.  Rumor is that it may include her former co-host Matt Lauer, whose NBC Today contract runs through 2012. What is clear is that network TV news will be losing one of its “stars” - although the reality is that the seat she has occupied since September 2006 has been a far smaller one than that of years gone by.