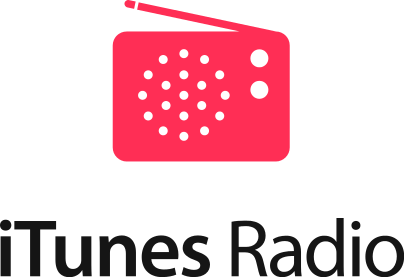 Launching September 18th, Apple's iTunes Radio was revealed this week during their iPhone announcement and is poised to be a major player in the streaming radio marketplace. Apple defines the service as free streaming radio with the best selection of music which builds and brings together stations you'll love from day one. Like Pandora, Apple claims the more a user listens, the more personalized their stations become.

iTunes Radio will be available on all Apple devices (iPhone, iPad, iPod touch, Mac, or Apple TV), as well as on PCs. Music and stations are stored in the cloud, so stations can be stopped and picked up across devices and also shared with friends. The service provides access to over 300 DJ curated and genre-focused stations which evolve based on the music played and downloaded. The more iTunes Radio is used, the more it will know what you like and listen to. The service can also build stations around artists, songs, or genres chosen by the user, and Siri is programmed to respond to commands instructing these actions. iTunes Radio expands on Pandora's customization opportunities, and allows users to choose artists, songs, and genres which the users would like to be played more or never played again. Songs will be available for purchase from iTunes directly from iTunes radio.

iTunes radio is ad-free... but only for those with iTunes Match. The Match service stores all of a user's music in iCloud, including songs which have been imported to iTunes from CDs. Music in the iCloud can then be streamed directly to Apple devices. The service costs $24.99 per year, and also removes all ads from iTunes Radio. Users who are not subscribed will hear the occasional ad on the service. AdAge reports that Apple has been hiring for a new iAds team to be dedicated to iTunes Radio sales. They report, "When iTunes Radio goes live to consumers on September 10, it will do so with several large advertisers including McDonald's, Nissan, Pepsi and Procter & Gamble. Those brands paid upwards of $10 million to be exclusive iTunes Radio advertisers within their respective industries through the end of 2013. Apple is readying iTunes Radio -- and its new ad products -- for its wide launch to advertisers at the start of 2014."

The massive size of iTunes membership automatically makes Pandora one of iTunes Radio's top competitors. iTunes has several benefits over Pandora, including integration with a service many are already using, and more detailed control of stations. Pandora has also been having increasing issues with the music industry over royalty fees, and the music industry is likely glad to have Apple in the mix as they receive much larger profits from music downloads. Time will tell which service will come out on top.