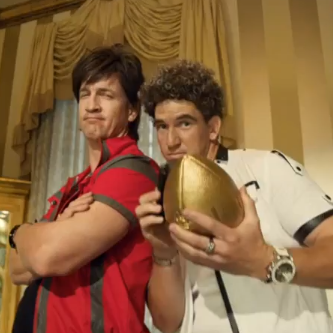 By now many of you may have seen the Manning boys sing about football on your phone.

But there are many more things people are doing. We know that people use their smartphones to go online. You may even be reading this on your smartphone right now. What we didn't know were the demographics of cell phone internet users- until now. Pew Internet released their Cell Internet Use 2013 report, which details who is using the internet on their cell phones and how they are using it. Most notably, the study found that 63% now go online using their mobile phones, more than doubling the amount that did in 2009 and up 8 points from 2012.

As mobile marketing skyrockets to the forefront of media, it is important to keep these demographics in mind when developing mobile campaigns as they provide a large reach and a large opportunity for advertisers.