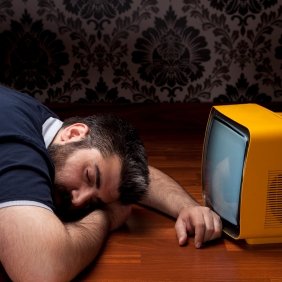 Binge viewing, or watching large amounts of television episodes at a time, has become commonplace in 2013. The practice has been made convenient thanks to DVRs, On-Demand services, and streaming services like Netflix. The most buzzed-about TV show this year, Breaking Bad, likely wouldn't have lived to see its final season acclaim if not for binge watching. The show's creator, Vince Gilligan, believes that the new viewing behavior saved the series, saying in an interview, "I don’t think you’d be sitting here interviewing me if it weren't for Netflix."

While binge watching has become a new hobby for viewers, it has created a significant challenge for traditional TV networks. When viewers are not watching original network programming, it hits networks in their wallets. Fewer viewers means less advertising revenue and less opportunity for royalties from syndication. Comcast, owner of network NBC, is looking to actively make binge watching a profitable opportunity.

In partnership with Nielsen, Comcast has developed a new technology designed to take the commercials which ran during an episode's initial live airing and insert them into the show's older episodes which will be watched On-Demand. According to Reuters, TV networks will be able to broker deals with advertisers to pay for the additional viewership, which will be measured by Nielsen. Comcast is currently testing this new advertising service with its NBC shows. ABC is also testing some of the technology, and CBS is looking to join as well. Comcast aims to make the service available for the ad market next year.

On-Demand can be an attractive offering for advertisers. Comcast subscribers are not able to fast-forward these ads from broadcast networks, so they will not be skipped. The On-Demand service is available in over 60% of homes, and is becoming a mainstream viewing option. Unlike with a DVR, On-Demand doesn't require users to remember to record the show or take the risk of running out of storage room. It also doesn't carry an additional cost like many DVR services. All of these factors make On-Demand a practical way for networks and cable companies to drive revenue through binge viewing.

Qz speculates that this advertising opportunity may also improve the availability of shows for binge watching. "Shows on Fox and CW (the network owned by CBS and Warner Bros.) aren’t available to Comcast subscribers to view on-demand until eight days after they are originally aired. And even for those shows that are available on-demand, cable companies at the moment generally only store recent episodes, rather than full series. If a viable advertising model for video-on-demand takes hold, expect this to change quickly, making binge-watching of almost anything possible."

Better selection for viewers, and better advertising opportunities for marketers? Comcast and Nielsen's new technology could be a win-win for television.