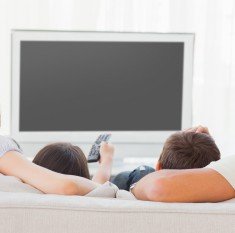 To cut through the clutter, we’ve provided a breakdown of this year’s highly anticipated premieres that are receiving the most buzz from sources that include TV Guide, TV Line, Hollywood Reporter, and Adweek.

Manifest begins when Montego Air Flight 828 lands safely after a turbulent but routine flight. The crew and passengers are relieved, but in the span of those few hours, the world had aged five years. Their friends, families and colleagues, after mourning their loss, had given up hope and moved on. Now, faced with the impossible, they're all given a second chance. But as their new realities become clear, a deeper mystery unfolds and some of the returned passengers soon realize they may be meant for something greater than they ever thought possible.

They say friendship isn't one big thing, it's a million little things; and that's true for a group of friends from Boston who bonded under unexpected circumstances. Some have achieved success, others are struggling in their careers and relationships, but all of them feel stuck in life. After one of them dies unexpectedly, it's just the wake-up call the others need to finally start living. Along the way they discover that friends may be the one thing to save them from themselves.

When a rising high school football player from South L.A. is recruited to play for Beverly Hills High, the wins, losses and struggles of two families from vastly different worlds — Crenshaw and Beverly Hills — begin to collide. Inspired by the life of pro football player Spencer Paysinger.

Questions of faith, existence and science are explored in this dramedy about an outspoken atheist whose life is turned upside down when he is “friended” by God on social media. Unwittingly, he becomes an agent of change in the lives and destinies of others around him.

Based on the bestselling book trilogy by Justin Cronin, The Passage stars Mark-Paul Gosselaar (Pitch, Franklin & Bash) as federal agent Brad Wolgast, who’s charged with protecting a young girl named Amy (American Horror Story‘s Saniyya Sidney) who’s the test subject for a new government virus.The virus “could either cure all disease or cause the downfall of the human race” — and we’ll let you guess which one it ends up being.

The unveiling of broadcast television network’s new shows for Fall 2018 wasn’t the only item on the agenda for the 2018 Upfronts. Brand safety, advanced data solutions, and promises of fewer commercials also graced the narrative. These trends proved that, despite shifts in viewing habits to video on-demand and streaming platforms, broadcast TV networks are continuing to adapt to be the driving force of entertainment, and it’s paying off. In fact, the 2018 broadcast TV upfronts saw a 3-5% increase in advertising upfront dollar revenue for broadcast TV networks compared to last year’s upfront negotiations, according to Variety estimates.

The Upfronts still exist because there is more demand for TV advertising — and for specific blocks of shows, networks and dayparts — than there is inventory to service that demand. Thus, advertisers and their agency partners need to lock in their buys and prices early, or risk not having enough inventory at the right price when they need it later this year or early next. Moreover, the scale of digital video is not yet large enough to be a total substitute for TV advertising for most big brands. Rather, advertisers are encouraged to include digital video in their media mix with their television buys for a holistic video strategy.