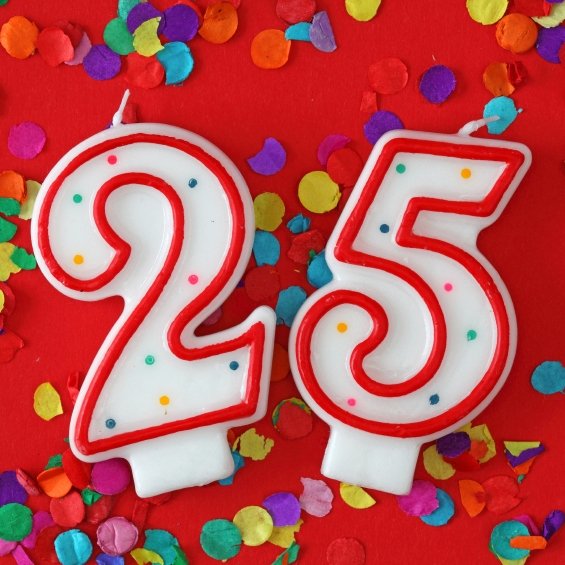 This week, the Internet celebrates it's 25th birthday. Technically, the 'birthday' marks the 25th anniversary of Sir Tim Berners-Lee submitting a proposal to make information sharing over computers possible. To mark the anniversary, Berners-Lee wrote a guest post on Google's Official Blog about the importance of net neutrality:

"So today is a day to celebrate. But it’s also an occasion to think, discuss—and do. Key decisions on the governance and future of the Internet are looming, and it’s vital for all of us to speak up for the web’s future. How can we ensure that the other 60 percent around the world who are not connected get online fast? How can we make sure that the web supports all languages and cultures, not just the dominant ones? How do we build consensus around open standards to link the coming Internet of Things? Will we allow others to package and restrict our online experience, or will we protect the magic of the open web and the power it gives us to say, discover, and create anything? How can we build systems of checks and balances to hold the groups that can spy on the net accountable to the public? These are some of my questions—what are yours?"

Berners-Lee asks many questions which are likely to be debated upon and answered in various ways over several years. To begin answering some of these questions about the future of the web, Pew Internet released a study titled Digital Life in 2025. The report aims to learn more about our digital future by asking over 2,500 experts to share their predictions about the state of digital life in 11 years, and found clear-cut patterns in their predictions. While many experts disagreed about the ramifications of technological changes, most agreed on the types of changes, which include:

The experts believe the results of this increased connectivity will be primarily positive, but they also identified clear areas of concern. The report concluded that heightened concerns over interpersonal ethics, surveillance, terror, and crime, may lead societies to question how to best establish security and trust while retaining civil liberties. Many of these concerns are same as ones found within the questions asked by Berners-Lee. Upcoming decisions, including those regarding the merger of Time Warner and Comcast as well as the legality of Aereo, will begin to answer some of these questions. We'll be watching.