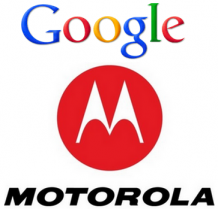 The surprise news earlier this week was Google’s intention to acquire Motorola Mobility, a leading headset developer, for $12.5 billion. Motorola Mobility is the unit that makes mobile phones, set top boxes, and tablets. This is yet another example of Google’s expanding influence and desire to further propel its Android Operating System, already the largest with roughly 40% market share. As with everything Google touches, it seeks dominance, but Android still lacks the cache that iPhone has. The deal was announced on August 15th and  while it still needs anti-trust approval, it would provide a real threat to Apple’s iPhone in the exploding smartphone market.

Apple has always been a fully integrated business with its own hardware and software. Android’s open-source system has been, and will continue to be, available to all handset makers. This is an important point to understand. Motorola has been a leading manufacturer in the Android market along with Samsung, HTC and others.  However, even with a level playing field among phone manufacturers, there may likely be a perception that Motorola handsets - “made by the same company” - are the most advanced. There’s little doubt that Google’s goal is to ultimately provide a seamless Apple-like experience with fully integrated software/hardware with its own phones and operating system.  At the same time they need to play nice with their manufacturer partners. This will be a slippery slope that Google will need to navigate if and when the deal is approved. At the moment the phone manufacturers are saying appropriately positive comments about the forthcoming deal.

Beyond Google’s desire for Android market dominance, one of the underlying reasons for this acquisition is the huge number of patents (17,000+) that Google would acquire. These would help in its defense from lawsuits from Apple and Microsoft. Obviously the big boys all play hardball.

Regardless of whether or not Android plays “favorites” with its own Motorola brand, (a mistake that would alienate other Motorola manufacturers), it is clear that the world continues to become even more mobile, and Google’s move only adds to the existing trends. (See earlier Monitor, Goin’ Mo-bile) “Computing is moving onto mobile. Even if I have a computer next to me, I’ll still be on my mobile device.” said Larry Page, Google’s CEO.

While there are no short term implications for advertisers in this potential acquisition, our perspective is that anything that accelerates the already existing trends in mobile and hastens the changes in American mobility, is big news.