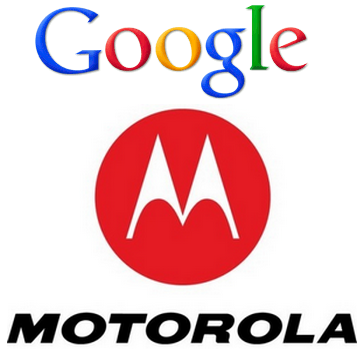 In August, we reviewed Google's announcement that the company planned to acquire Motorola Mobility for $12.5 billion. Yesterday, that acquisition was finally completed, making it Google's largest acquisition ever and serving as a strong statement about Google's focus on mobile moving forward. Motorola Mobility is currently best known for producing mobile devices running Google's Android operating system. According to ComScore, the Android OS runs on 51% of U.S. smartphones as of Q1 2012- the leader in the market.

The acquisition now allows for more direct competition between Google and Apple in the smartphone market. Google's Android OS and Apple's iOS are the two largest players in that market by a significant margin. The AP notes that the move by Google is somewhat defensive, as Google needs Motorola's collection of 17,000 cellphone patents to defend Android phones against lawsuits by Apple, which accuses them of copying iPhone features. Google also has to appease other 'internal' competitors. The Android OS isn't limited to Motorola phones and also runs on other smartphone brands including HTC and Samsung. Google has reassured these and other Android partners that Motorola devices will not receive preferential treatment such as exclusive software.

Though there are no short term implications for advertisers following the finalization of the acquisition, it is critical to keep an eye on the increasing shift toward mobile technologies. Google CEO Larry Page released a statement about the acquisition yesterday which concluded by emphasizing that point: "It’s a well known fact that people tend to overestimate the impact technology will have in the short term, but underestimate its significance in the longer term. Many users coming online today may never use a desktop machine, and the impact of that transition will be profound--as will the ability to just tap and pay with your phone. That’s why it’s a great time to be in the mobile business, and why I’m confident Dennis and the team at Motorola will be creating the next generation of mobile devices that will improve lives for years to come."

In addition to advancements in mobile, Google may also be looking to Motorola for the ability to expand into other arenas such as the living room. Motorola also manufactures cable-TV boxes, which could potentially allow Google to bring its capabilities to a larger screen. How will this acquisition affect Google's presence in the smartphone market, or in other ways in the future? Leave your thoughts in the comments below.