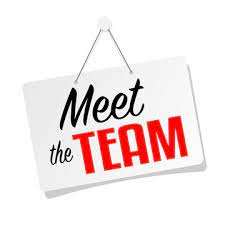 There's a lot to celebrate in 25 years – from client wins that have evolved into friendships, to the cold-call vendors that have turned into long-standing partnerships – but at the center of it all are the people who made those 25 years possible.  MayoSeitz Media's talented personnel, past and present, have helped shape the agency to what it is today – a strategic media agency powered by data and analytics and who's average Agency of Record tenure is twice the industry average.

Many of the people who have passed through the agency's doors began their marketing careers here while others found their second act.  We've even had a few revenants.  No matter where the people have been in their journey, MayoSeitz Media is proud to be part of their narrative and we celebrate their accomplishments here and elsewhere.

Like many companies in the past year, the agency has welcomed a lot of new faces to the team.  I sat down with MayoSeitz Media's latest crop of rising stars and asked them a few questions so our readers would have the chance to learn a little bit about the people making the most recent impact in media.

Julia Livesey and Kevin Pollock have added immediate value as Senior Integrated Media Strategists. Julia joined the agency in January 2022 from Philadelphia Magazine where she worked as their marketing manager.  Kevin arrived last October after serving as a media planner for A3 Media.

Kit Schofield currently sits on our Insights team as an Associate Data Analyst.  Kit came to the agency in October with a background in telecom and hospitality industries.

Carina Condiles, and Jade Beasley, both additions to our media planning teams in August 2021 and May 2020, respectively, are attached at the hip and refused to do this interview separately.

What intrigued you most about working in media/advertising in the first place?

What encouraged you to apply to MayoSeitz Media?

For each one of you, you were all hired and started at the agency during the COVID-19 pandemic.  How was that experience?

Just about everyone agreed that building relationships remotely had its challenges.  Reading people through a screen when body language isn’t as clear is tough especially when you’re just getting to know them.

What about your role excites you most?

What will be the next big thing in marketing?

I concluded my interview by asking the group to share some of their professional goals.

What do you want to accomplish in this industry?

If you’re interested in joining the team here in MayoSeitz Media, we want to talk to you.  View our current open positions here mayoseitzmedia.com/contact.  If you don’t see a current position that fits your skills but are still interested, please contact Lisa Volpe at lvolpe@mayoseitzmedia.com.