Facebook's centerpiece, the News Feed, delivers information to users from everyone they follow on the social network. How does Facebook decide which posts should be included in this feed, and which should be left out? It is all managed through an ever-evolving algorithm. The company has previously been mum about the tweaks and updates to the algorithm, but this week vowed to begin blogging about the changes. In the first post, A Window Into News Feed, the purpose of the News Feed is reviewed and some updates are highlighted. 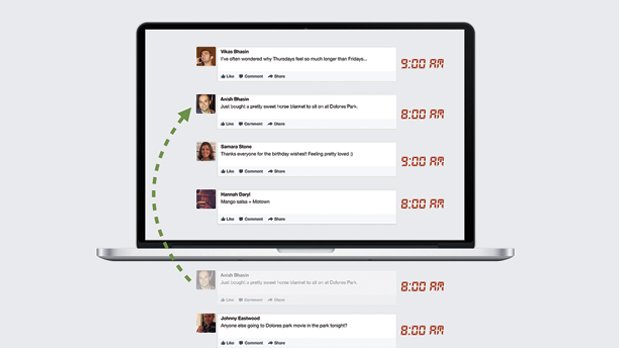 AllFacebook classified the most recent updates into two features: Story Bumping and Last Actor. Story Bumping allows engaging posts which have gone unseen to be 'bumped up' and reappear near the top of the News Feed. Facebook ran tests on this algorithm change last month, and found the update produced a 5% increase in stories seen from friends, an 8% increase in stories seen from pages, and an increase from 57% to 70% of overall stories read. Story Bumping is currently active for the vast majority of people using Facebook on desktop, but is yet to be rolled out on mobile. The other update, Last Actor, reviews a user's last 50 actions and weighs content a user interacts with more highly than other content. For example, if you have recently liked and commented on a friend's Facebook photos, that user's new photos are more likely to be featured in a prominent position in the News Feed. The Last Actor tweak is aimed at improving the relevance of content seen on Facebook.

In another update this week, Facebook announced that their Graph Search feature is officially implemented for all accounts using Facebook in U.S. English. The relatively new search feature allows Facebook users to better search information on their friends' profiles. Like Facebook's News Feed algorithm, Graph Search is constantly evolving and in the future aims to allow users to search posts and comments in addition to profile information. Social advertisers should be aware of these changes, as they can impact visitation to brand pages. While a Graph Search update may make brand posts easier to find for some, an algorithm update may make brand posts less visible for others. Comparing Facebook analytics to algorithm and search updates can help advertisers keep track of the effect updates have on social traffic.