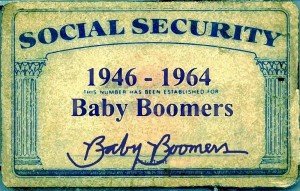 There's a new reality that many Boomers have been facing. Prior to 2008, Boomers (those born 1946 to 1964) operated under a set of what then appeared to be reasonable assumptions:

1. Many Boomers could count on continuing to have excellent paying jobs for several more years until they chose to retire.

2. Their homes would appreciate annually providing a nice pool of investment earnings when they sold them.

3. Their portfolios would continue to rise. Even dollars invested conservatively in bonds, CDs, etc. could yield 5% annually.

These were bad assumptions as many Boomers painfully have realized. 2008 was a watershed year for many Boomers as many jobs were lost (particularly among higher paid Boomers), home prices plummeted and for the most part have stayed low, portfolios dived, and interest rates headed south and have never returned. And while Boomers still represent an affluent demographic, (Boomers: The Most Valuable Generation), there are a growing number of Boomers not sharing in this segment's wealth.

The resulting “new reality” is that many Boomers lost high paying jobs, many of their highly mortgaged homes are now under water, and their portfolios took a nose dive of almost 50%.

Fast forward to 5 years later, a growing segment of  Boomers are struggling in many ways:

1. Some are still looking for work and/or working at jobs paying far less than their previous positions

2. Many are struggling to pay their mortgages if at all, and have little hope of downsizing and gaining that additional expected investment income. Obviously this is an issue facing many homeowners of all ages.

3. Many Boomers find themselves in a position where they need to work, rather than choose to work. Those who thought it might be nice to cut back, retire or slow down are now faced with the reality of, health permitting, working for many, many more years.

4. Boomers became more conservative in their investments, a good long term strategy, but in "getting religion" but doing so in reaction to the stock market disaster of late 08/early 09, they didn’t participate fully in the subsequent market rebound.

5. Investments in low paying T-bills/money market/CDs are yielding next to nothing, not 4-5% of yesteryear.

6. Many Boomers also face the double-whammy squeeze of the greater emotional and financial dependence of their aging parents while at the same time having their 20-something children return home, in many cases without employment. As a result, multi-generational households are on the rise, The Growth of Extended Families

In finances, time can heal wounds. However for Boomers the old Stones tune, Time Is On My Side, doesn’t really hold true for them any longer. Alas, time is not what Boomers have, not enough time for some to fully rebuild a devastated portfolio, or regain a lost high paying job. For some Boomers, the disaster struck at 11:30 in their business lives. For some, the dream of a comfortable life of affluence in retirement has now been replaced by a far more modest vision. Many Boomers are thinking more deeply about their Social Security accounts as the oldest Boomers have already reached Full Retirement Age. However, many Boomers are planning on taking lesser benefits at age 62 rather than waiting for the greater monthly payouts at Full Retirement Age (66+), or even greater benefits at age 70. Also many younger Boomers have circled their 59-1/2 birthday on their respective calendars, the age of IRA/401k withdrawal without penalty.

This doesn’t mean marketers shouldn’t continue to target the large Boomer segment as a valuable market, and while still an affluent demographic, Boomers are tightening their belts and seek promotions and value to a far greater degree than just a few years ago. Given their demographic importance, we’ll be looking at Boomers again in Monitors to come.