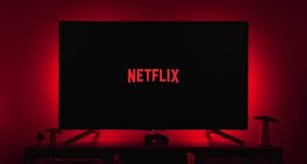 With over 223 million subscribers already, the #2 streaming service, Netflix, announced that the platform will be debuting its new $6.99-a-month ad tier on November 3rd of this year. The new streaming service is set to include four to five minutes of pre-roll and mid-roll ads per hour. Netflix’s new ad tier will be available to viewers in twelve countries, including the US, UK, Australia, Brazil, Canada, France, Germany, Italy, Japan, Mexico, South Korea, and Spain. Netflix is scheduled to debut their ad-supported option shortly ahead of rivalry Disney+’s own new ad supported offering launching in December.

Although currently it is uncertain exactly what type of ads will be aired during these “commercial breaks” on Netflix, the ultimate goal will still be to broadly target the ads based on specific criteria, such as what country a user resides in and the top genres that these users typically search. According to Netflix’s president of worldwide advertising, Jeremi Gorman, information such as age and gender will eventually be used for more precise targeting as well. Similar to linear television, Netflix will air either fifteen or thirty second ads that will be integrated into the platform and the company confirmed that it will not include political or firearm-related ads.

Furthermore, in the beginning of the first quarter of 2023, Netflix is going to begin verifying viewability and traffic validity with DoubleVerify and Integral Ad Science (IAS) and by doing so, advertisers will be protected from fraud or invalid traffic. Additionally, Netflix will also be able to provide performance metrics to marketers such as engagement and reach, which will prove to be beneficial in measuring consumer engagement. Aside from its partnerships with DoubleVerify and Integral Ad Science, Netflix reported that the streaming service will also be implementing Nielsen's Digital Ad Ratings and that the data gathered will eventually be incorporated into Nielsen’s upcoming Nielsen One cross-platform measurement product. Both of these offerings are said to begin sometime in early 2023.

It is not surprising that 60% of U.S. advertisers plan to shift ad dollars from linear TV to either connected TV (CTV) or over-the-top (OTT) this year, given the growth in streaming consumption and advertising opportunities. Despite the fact that Netflix has been losing more and more subscribers in recent quarters, the streaming service remains optimistic that the roll-out of their Basic with Ads subscription could help attract more non-existent users due to the reduction in price, and keep existing users from canceling their Netflix subscription altogether.