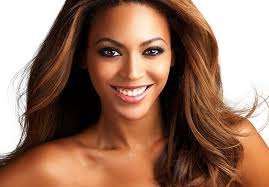 How is Beyoncé able to market her music in a unique way?

2. Because she understands the power of social media as the ultimate marketing megaphone, and uses it well

As the world knows, the December 13 stealth release of her Visual Album--14 songs and 17 videos on iTunes--blew all her fans away. “Surprise”, she said, and we all were.

There was no pre-awareness, no traditional hype, no single release, and no advanced press. No “traditional marketing”, but rather social marketing done well, the kind a mega-star like Beyoncé can pull off. It’s the most powerful demonstration of the impact of social media. It doesn’t hurt to have more than 53 Million Facebook fans, and 13 Million Twitter followers and 8 Million Instagram fans. And beyond her own social media posts, she was also the recipients of tweets from other mega stars, Katy Perry and Lady Gaga.

So her mere Instagram pronouncement of “surprise”, and the release of her Visual Album generated more than 365,000 copies on day one. It has now passed 1Million units sold and is breaking iTunes records. It is the ultimate digital gift for the Holidays.

Beyond the impact of the surprise release, what’s also interesting is that in the era of digital downloads of singles, she packaged the whole enchilada, $15.99 album of 14 songs and 17 videos. Good value for the whole album without an opportunity to purchase the songs. Again, smart marketing.

Beyoncé has demonstrated the power of digital word of mouth generated through social to drive sales.  Social became the megaphone for the instantaneous blitz and the stealth nature of the introduction only magnified the phenomena. More power to Beyoncé.

Happy holidays and best wishes to all for a happy & healthy new year.