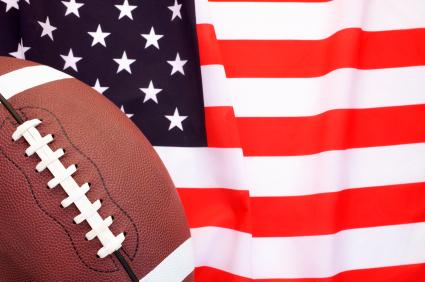 One of those much chatted about topics are the ads that will run in the game, their cost, and the value of airing spots in the highest priced media buy of the year. In the social world that we live in, the ads have a life of their own…and they need to given the cost.

Each year, regardless of the quality of the game, advertisers pay handsomely for the opportunity to expose their messages during this premier broadcast event. There appears to be no ceiling on cost as exposure within the game this year will cost some advertisers $4.0 Million and beyond for each 30-second announcement, with many of the larger, more consistent advertisers paying in the $3.7 - $3.8 Million range

As we always do in every Super Bowl MayoSeitz Media Monitor, we remind ourselves of the historical factoids.

Historians will remind us that the two rival leagues had not merged as yet and would not do so until after the third Super Bowl. Green Bay, led by legendary Coach Vince Lombardi, easily won by a score of 35-10

It was merely called the AFL-NFL World Championship game and was played at a neutral site, the Los Angeles Memorial Coliseum. There was less than a sold-out crowd, despite modest ticket prices ($12) and a local TV blackout. The term “Super Bowl” was an off-handed comment made by Chiefs owner, Lamar Hunt based on his granddaughter’s love of the “super ball” toy. The Super Bowl name stuck and it took on the official name after the third game.

Fast forward to today and advertisers will be paying roughly $4 million for each 30 second commercial, more than $133,000 per second, roughly 100 times greater than the comparable cost in the initial Super Bowl. Today the game’s household rating is comparable to that of the initial game. But the audience is now significantly larger. Last year, the average game audience was 111 million people, which set a record for viewership for an American television program. Expectations for this year is that viewership will approach or exceed that level again. Regardless, the increase in cost far exceeds inflation and audience growth.

The audience delivery, however significant, can not possibly justify the financial outlay compared to other premium programming and certainly not in comparison to advertising in past Super Bowls, when it was a “relative bargain”. Can it? No, however.......

1. There is no comparable event to reach such a significant mass audience. In today’s segmented media world there is no single program capable of delivering the audience that the Super Bowl does. There are very few “water cooler” events on TV with a similar impact.

2. The Super Bowl is far more than a game that delivers a large audience. It’s a happening. That carries with it a value far greater than mere exposure. What makes advertising in the Super Bowl more powerful today is that the commercials are usually part of an elaborate campaign that also includes social media—Facebook,  Twitter and YouTube.

The real “value” of Super Bowl advertising is not found solely in the mathematical CPM. There is no event where the ads are often as noteworthy as the game itself, where millions of Americans gather with friends and family to critique the ads as they appear. To advertisers, this represents an enormous opportunity to introduce a mega-commercial that is often part of a new mega-campaign.

In addition, most advertisers release their spots for online viewing in the days/weeks prior the game. More buzz for them, they think, particularly if the spot is entertaining and buzz worthy. But in an interesting trend, some advertisers are holding back (Some Advertisers Rethink Super Bowl Previews), notably Procter & Gamble and Kraft Foods.

What this means is that if you are going to be a Super Bowl advertiser, then the spot needs to be great—not just good. Because there’s nothing worse than spending $4Million and then getting slammed on post-Super Bowl Monday for airing a clunker.

But if you hit creative pay-dirt and create a viral-worthy spot that’s as big as the Super Bowl itself, and really want the bang of reaching the widest possible audience, and get all the social spin you can, then $4 Million may be a price worth paying.

We’ll be watching. Will you?