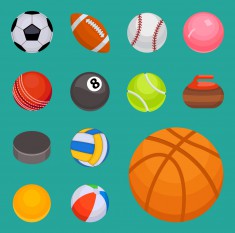 At this time last year, the decline in NFL ratings was being widely discussed and the blame was being pointed in many different directions. Concerns about concussions and their long term impact on athletes, anthem protests, injuries to major quarterbacks and issues with referees calling too many penalties all were being cited as reasons for declining ratings. One legitimate reason that was getting less focus on sports talk and in major articles is the shift in ways people can consume NFL content. Increasing popularity around The RedZone and multiple different ways to stream games would naturally provide some decline in traditional NFL TV ratings on the major networks.

Fast-forward to today and the 2018 season is seeing gains in viewership despite those additional ways to consume NFL games. Through week 10, NFL viewership is up 2% over last year. Games are averaging 15.25 million viewers across the regular weekly broadcast windows on CBS, FOX, NBC, and ESPN, up from 14.9 million in 2017. Considering that the NFL out draws pretty much everything else on TV, and typically represents the largest shows in primetime (Sunday Night Football and Thursday Night Football), even a modest increase of 2% is impressive. Especially when considered against the back-drop of returning scripted shows in primetime being down 16% in the A18-49 demo. Now the conversation is revolving around increased interest from legalized sports gambling, less injuries to star quarterbacks with extra protection being put in place and offensive explosions resulting in more entertaining games.

At the same time that the NFL has being seeing its ups and downs over the last few years, the NBA has been a steady ratings success story as social media has turned the sport into a made for TV drama. It has continued to grow as a sport of stars, with none bigger than LeBron James. His recent move from Cleveland to the Los Angeles Lakers has drawn a significant amount of interest. ESPN generated its best NBA opening week rating in 4 years with their broadcast of LeBron’s home opener in Los Angeles against the Houston Rockets. The night before the NBA Opening Weekend started with the Raptors facing the Celtics and Kawhi Leonard playing his second game with his new team. That broadcast was up 7% from the same time period the previous year. Early on in the season, the NBA is continuing to grow viewership at a strong pace.

In Major League Baseball, the ratings news has not been as sunny. The World Series, which featured two big market teams in Boston and Los Angeles, saw a 23% decline from the 2017 World Series. Despite the less than stellar news, MLB inked a huge new deal with Fox Sports. It is a seven year deal through the 2028 season at a price tag of $5.1 billion. The current deal, which ends after the 2021 season, was for eight years and $4.2 billion. The strong commitment to MLB by Fox Sports, despite the percentage declines in ratings, shows the power of live sports.

Live sports viewership remains the crown jewel for broadcasters and there does not seem to be an end in sight for the revenue it generates for the leagues. The challenge for the leagues and the broadcasters will be to keep the games, broadcasts and storylines around the games fresh and exciting so viewers stay engaged in an increasingly competitive landscape for consumers’ attention.