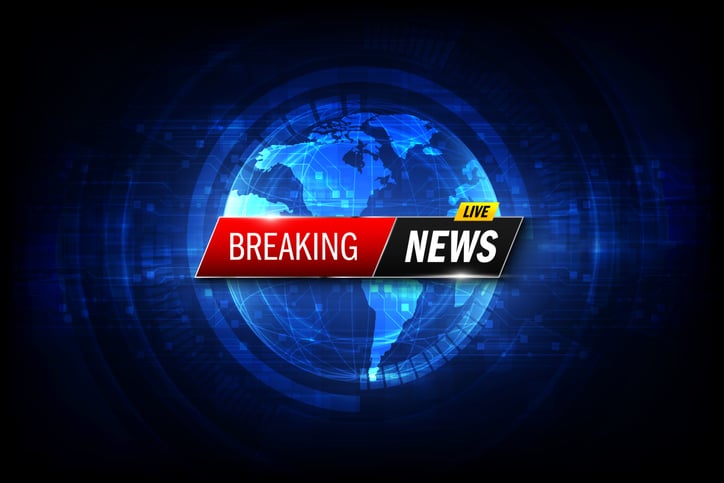 Hungry For News During the Coronavirus Pandemic

Due to the uncertainty surrounding the COVID-19 virus and the fact that more Americans are working from home, the desire for news content has increased exponentially these last two weeks. Whether it’s the national news broadcasts at 6:30pm on the three major broadcast stations, the 24-hour cable news channels, or local broadcast news, there are a variety of places that viewers can quickly access news content. Due to the current situation, consumers are extremely anxious and eager for news. The week of March 9th saw a significant lift in viewership across the evening newscasts on ABC, NBC and CBS. According to Nielsen, those programs on the three major broadcast networks collectively reached 26.3 million people. On Thursday, March 12th ABC’s “World News Tonight” reached 10.8 million viewers, slightly higher than an original episode of “NCIS”. That episode of “World News Tonight” actually reached more viewers than any primetime program that aired that week. The second most popular program the week of March 9th was “60 Minutes” which averaged 10.4 million viewers. The episode featured a report on how New Rochelle, N.Y., is dealing with their increasing numbers of infected patients.

The cable news networks have also seen a jump in ratings due to their coverage of the Coronavirus pandemic. The three news networks dominated cable viewership the week of March 9th. The Fox News Channel averaged 3.5 million viewers in primetime, CNN averaged 2.9 million, MSNBC 2.3 million, while comparatively TBS and HGTV both averaged 1.1 million viewers. In January, Fox News was averaging around 2.9 million viewers, so currently they are seeing an increase of over half a million viewers per day. Fox News host Sean Hannity took the top spot in the cable news ratings on Tuesday, March 17. According to Nielsen, Hannity brought in a total of 4.7 million total viewers, and, more impressively, 1 million Adults 25-54. Tucker Carlson came in second with 4.6 million total viewers and 977,000 in the demo, while 3.9 million watched Laura Ingraham. On Wednesday March 18th, CNN had an impressive day beating rivals Fox News and MSNBC in the key Adult 25-54 demo, bringing in 652,000 viewers during the daytime hours. Fox News trailed behind with 586,000 viewers in the demo, although they did top the overall category with 2,789,000 viewers. MSNBC placed third in both with 1,650,000 overall and 297,000 in the demo.

As more consumers are tuning in to news to get the latest updates, advertisers have a unique opportunity to speak to these much larger audiences. Conveying the appropriate message to these concerned viewers is key; however, advertisers that can delicately balance conveying the proper messaging during this uncertain time could see a positive impact on their business once the crisis is over.