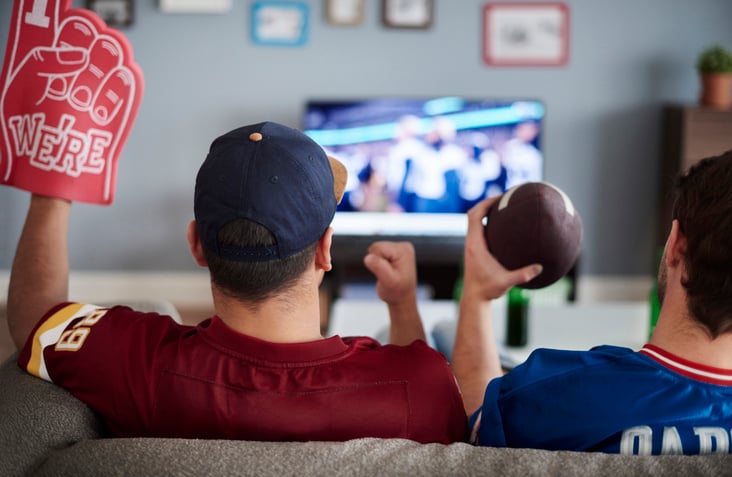 This year was set to be a prodigious year in the sports world.  From the start of the March Madness season to the Summer Olympics in Tokyo, the year of 2020 was looking up to be a sports fan’s dream. However, everything came to a staggering halt as soon as the coronavirus pandemic hit and affected the sports and advertising industry in a massive way. Since the shutdown, most major league games around the world have come to a complete pause. With games getting cancelled or postponed, the ad revenue for broadcast and cable sports dropped by over 70%. SMI reports the absence of college and professional basketball alone resulted in a loss in ad revenue of nearly $450 million for the month of April.

Due to these declines and condensed inventory, advertising during televised sports programming is down 30% from the same time last year to $1.45 billion, according to data provided to Sports Business Journal by iSpot.tv.  Most of sports’ biggest advertisers have greatly reduced spend during the pandemic compared to last year. These advertisers include Geico, Coca-Cola, Pepsi, General Motors and AB InBev, who have all cut ad spend during televised sports by double digits.

While we’ve certainly missed watching our favorite teams these past couple months, there is a glimmer of hope for the future – sports are making a possible comeback!  Although businesses and services have started to re-open, large gatherings are still prohibited in most areas.  This means restrictions on crowds, so fans will have to watch their beloved teams from the best seat in the house: the couch. Only a couple of leagues have set an estimated schedule of how they will restart and finish out their seasons.

After negotiations from team owners and the players union, both sides have officially agreed on a 60-game regular season schedule.  Baseball will begin on July 23rd with two games: Yankees vs. Nationals, and Giants vs. Dodgers.  The full schedule will then begin on July 24th and will end by September 27th. This includes a normal playoff with ten teams.

Of the 30 teams in the NBA, only 22 teams will travel to Orlando, Florida to compete inside a “bubble-like” environment at the ESPN Wide World of Sports Complex. With play to begin on July 30th, the duration of the season should be completed in no more 74 days.

Similar to the NBA, the WNBA will likely resume their season beginning in late July for a 22-game regular season schedule with the normal postseason.

While some events, such as Wimbledon, have been cancelled without a rescheduled date, other tennis associations are starting to resume play. The WTA will begin with a tournament in Italy on August 3rd and the ATP will start on August 14th. As of now, the U.S. Open is keeping their original schedule starting on August 31st.  The French Open was postponed back in May and will now begin in late September.

Of course, there are still sports that we are anxiously awaiting an update on, such as football.  The NFL has canceled some preseason games, but as of right now, is still planning to have a full regular season schedule.  As for College Football, much remains to be seen, with some conferences canceling their seasons outright, some canceling non-conference games, and most others waiting on a final decision on what their seasons will ultimately look like.  Nevertheless, the potential comeback of sports overall allows enthusiasts to hope for a semi-normal future ahead.  As sports return to our televisions and other screens, the sense of regularity will bring assurance to hopeful brands ready to dive back into more advertising.  Although some sports still remain in flux, there is no denying that there will be a large desire for live sports programming as more plans are finalized.  Now may be the time to start planning to incorporate your brand within sports programming to reach this enthusiastic audience, and flexibility will still be key.  MayoSeitz Media is happy to assist through the process.