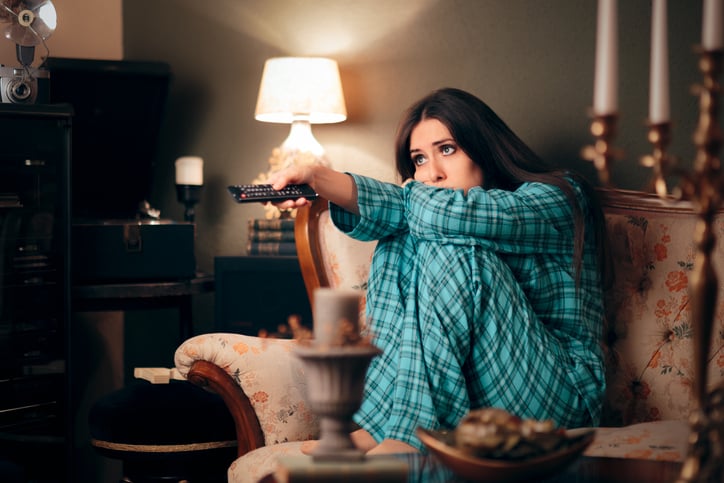 Binge-able Picks to get you through Social Distancing

Quarantine blues got you down? Need some “me-time” after a full day of working-from-home with your kids? Sick of watching old episodes of The Office for the umpteenth time? Nielsen is estimating an almost 60% increase in the amount of content we watch while being confined to our homes over the next couple weeks. If you’re already at a loss for what to tune in to, here are some MSM-approved, new (or new-ish), binge-worthy shows to get you through social distancing.

If reality dating shows are your game, then this one is for you. In the widely addicting, Love is Blind, couples get to know each other without ever seeing what each other looks like. The only way to see each other is to get engaged. The 10-episode (plus reunion) show premiered in February on Netflix.

Reese Witherspoon’s latest TV venture recently debuted on Hulu. Little Fires Everywhere is based on Celeste Ng’s best-seller by the same name and explores the intertwined fates of the Richardson family and their mother/daughter tenants, Mia (Kerry Washington) and Pearl.

If you’re not already suffering from corona-induced panic attacks, give Pandemic a try! It’s a well-timed, six-part docuseries on Netflix (released January of this year) following the people on the front lines of the battle against influenza. “When we talk about another flu pandemic happening, it’s not a matter of if, but when.”

Set right here in Philadelphia, Servant, is about a grieving couple who lost their baby. To help them cope, they bought a life-like “reborn doll” and hired a nanny to take care of it. This eight-part creepy thriller is an M. Night Shyamalan creation, so it’s sure to have some unnerving twists.

The sixth season Schitt’s Creek is currently airing on the Pop network. The series, which stars Eugene Levy and Catherine O’Hara, depicts a wealthy family who suddenly find themselves broke with only one remaining asset – a small town called Schitt’s Creek. They brought the town years earlier as a joke and are now forced to move into the quirky community’s motel. If you’re not already addicted to this unusual sitcom, then you can start streaming the previous seasons on Netflix.

Ok, so it isn’t new but if you’re in need of a light-hearted comedy, The Good Place delivers. It’s the perfect mix of heart-felt story-telling and low-brow humor. And with Kristen Bell and Ted Danson playing the lead characters, the acting is guaranteed to deliver. This four-season series is available on NBC On-Demand, Netflix, Hulu and more.