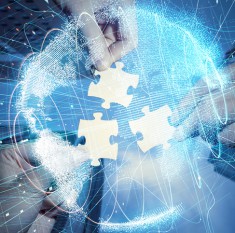 A Merger That Just Made Sense

The deal came with a “go-shop” provision, which meant that Pandora could still evaluate other offers that might have been deemed “better”. The deadline was October 24 and no news of any other potential buyers surfaced, meaning the deal is expected to close in the first quarter of 2019. You may have seen numerous headlines including “the largest audio entertainment company in the world”. It is not a farfetched title – Sirius has over 36 million subscribers in North America, while Pandora has over 70 million monthly listeners. Simply put, whether or not many noticeable waves stem from this merger, the merger itself is massive.

Pandora saw its stock price rise after the announcement of the deal, up to a high of $9.51/share on the Friday after the news broke (down to $8.56 now). The merger could be the infusion that Pandora needs in order to help off suit competition, mainly Spotify, in the digital audio industry. An eMarketer report from August projected Spotify to steadily increase its number of monthly listeners per year while Pandora dipped – eventually leading to Spotify eclipsing Pandora in 2022.

Pandora was (and is) in dire need of turning a profit. According to a Billboard article, Pandora lost $558.4 million in 2017 despite generating $1.447 billion in revenue. On the flip side, Sirius turned a profit of $666.5 million last year on $5.425 billion in revenue. One of the main components of this new partnership to watch moving forward will be the free tier of Pandora. Sirius was able to turn massive profits as a company without a free music streaming option – while Pandora relies almost entirely on their advertising in their free platform (advertising accounted for $1.075 billion, or 74% of their total revenue). Sirius will need to do some analysis to see where they can optimize Pandora’s losses, but if they can mirror their profit-turning processes while maintaining the dominance Pandora has in the free music streaming and audio advertising industry, the merger could be very succesful.

Just this past week, Pandora’s head of Data Science for Listeners Siddharth Patil admitted that they were late to the game with their premium offering. Pandora has had trouble converting their 70 million monthly listeners into paid subscribers, something Spotify has had success doing. Spotify currently has over 83 million paid subscribers. In contrast, Pandora only has around 6 million. This has caused a heavy reliance on advertising to the free listeners. Sirius has 36 million paid subscribers, about six times more than Pandora, and an additional 23 million trial listeners. It will be interesting to see how Sirius can try to develop creative ways to convert a majority of those trial listeners (and Pandora listeners beginning next year) – perhaps through a heavier focus on smart speakers or user benefits and plan options (leveraging Sirius’s extensive auto industry relationships to drive Pandora’s in-car offering to compete with competitor’s in-home offering, for example).

Ultimately, users likely will not notice a great deal of change out of the gates once this merger closes early next year. Sirius will still be Sirius, Pandora will still be Pandora, and the two will play off each other for the greater good. Likewise, advertising on Pandora will likely not change either as their targeting capabilities will now have a larger audience pool. So perhaps two of the most notable household names in the audio world will now have a roadmap to taking on the highly competitive digital streaming space. It just makes sense.